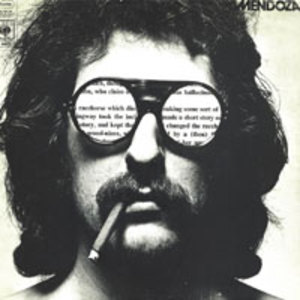 1, Mendoza is jazzy progressive rock from 1970s. Debut album was released in 1972. Line up are Anders Hogman (bass), Anders ?-stryd (drums), Arne Gustafsson (guitar, flute), Bj?rn Larsson (trumpet), Lennart Palmefors (keyboards, vocals) and Rolf ?-hlin (guitar). 2, Mendoza - Stoner rock has had one foot in the grave for a few years now. Luckily, Mendoza is willing to kill it, bury it in unhallowed ground, and resurrect it as a wild-eyed zombie, sprinting through the streets hellbent for leather.

2, Mendoza - Stoner rock has had one foot in the grave for a few years now. Luckily, Mendoza is willing to kill it, bury it in unhallowed ground, and resurrect it as a wild-eyed zombie, sprinting through the streets hellbent for leather. Comprised of Guitar / Vocalist Deuce, tattooed drumming beauty Bina and brand new to the mix, the heavy handed El Heffe '. Mendoza began their seedy craft about a year ago now, sharing stages with Soilent Green, Jucifer , Kalas , Dixie Witch, 3 Inches of Blood and countless others.
? Mendoza ' has independently released 2 albums in a year. Debut album ?HMCS Uganda' and ? Illuminairus ' both albums selling over 1000 copies each independently. As well, they have completed 4 self booked and promoted USA tours with a substantial, consistent and loyal following.
Their latest album, Illuminairus , gets their firebelching formula right. Kicking listeners square in the jaw and blowing smoke in their faces. It's like being forced to head bang at gunpoint.
Devoted ? Mendoza ' fans are worldwide with the help of the release of their song ?Eternal Battle? on the Underworld II Soundtrack in January 2006. Rave reviews have come from Metal Hammer, skate world mags , Thrasher and SBC Skateboard and many reviews from Germany , Amsterdam , Greece , Iraq , Sweden , Mexico , Indonesia , Argentina , Chile and more.
Mendozza hopes to kick it up a notch with the wisdom and experience gained during the long 2006 touring season. They hit the studio in January 2007 with producer Rob ?Chicken? Shallcross (GWAR, Strapping Young Lad) and start another USA tour in March 2007. Employing the knowledge of the road and writing new songs more powerful and executing with the precision of a matured band. Their stage show is powerful. Each stride and momentum of the previous year will propel them to reach their rock goals of 2007. If you've seen them before you have to see them now. (From Mendozza's bio).


MENDOZA "a goddamn heavy doom rocker, everything is destroyed! Sounds like Down with Crowbar and Eyehategod together! Killer! This is heavy!"