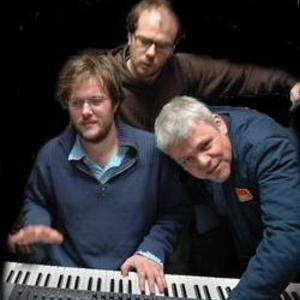 Athens, Georgia's Summer Hymns arose in 1997 from singer/guitarist Zachary Gresham's desire to find an outlet for material that did not seem suited for a typical rock band. Zachary had a collection of ideas, some of which were simple chord progressions, others of which were melodies he had not put words to. These rudimentary structures were often based on experiences as a boy at his grandmother's house in rural Georgia, learning to play piano and singing hymns, traditional ballads and folk songs.

Zachary took this early inspiration and fused it with his newer musical obsessions, ranging from older icons like Robert Wyatt and Neil Young to more contemporary groups such as Yo La Tengo and Smog. Zachary's desire to fulfill a musical vision became clearer and the concept for the Summer Hymns was born.

With long-time collaborator Phillip Brown on drums, Zachary assembled the first version of Summer Hymns with members of fellow Athens bands Elf Power, of Montreal and Masters Of The Hemisphere. Following an acclaimed single on the Made In Mexico label, Summer Hymns' first album Voice Brother and Sister was released on Misra Records in the spring of 2000. This full-length debut is a gorgeous, hazy, psychedelic work that owes as much to Harry Smith's Anthology of American Folk Music as it does to Robert Wyatt's classic Rock Bottom.

Following a short tour, Summer Hymns recorded their sophomore full-length A Celebratory Arm Gesture. While Voice Brother and Sister was built from endless layers of overdubs, A Celebratory Arm Gesture relies more on considered orchestration and crafted arrangements. The album references influences as varied as Robert Wyatt's Ruth Is Stranger Than Richard, Neil Young in his tender moments, and the instrumental compositions of Brian Eno and Terry Riley.

2002 brought significant changes to the Summer Hymns line-up, with the band slimming down to a quartet, with a new bass player, and with pedal steel guitar added to the mix. The quartet recorded the band's third album, Clemency, in Nashville with Lambchop's Mark Nevers at the board. The band trimmed Zachary's prolific songwriting output to 13 undeniably memorable pop songs. Every sound is precise; the album shimmers with melody. The simple folk structures of Zachary's songs and his charming twang were embellished, but not lost.

Following the recording of Clemency, the most recent Summer Hymns full-length, the band found itself with some downtime. In between tours, the band spent time tinkering with new ideas, a few covers, recording sketches and fragments, and experimenting with some of Zachary's lo-fi keyboard-and-vocals demos. The edited output of those sessions became the 10-song EP Value Series, Vol. 1: Fools Gold. Fools Gold eschews most of the twangy bounce of Clemency in favor of more open-ended, chance-y arrangements with imperfections tweak ed until they sound purposeful. Imagine Bob Dylan's Blonde On Blonde stacked up against the less heralded, homespun Planet Waves, then apply the analogy to the Summer Hymns' universe. That's near where Fools Gold will take you.

In 2005, experimentation with new forms and arrangements inspired the band to strip down to basic elements. Summer Hymns is now a trio consisting of Zachary on guitar and vocals, Phillip on drums and vocals, and Chris Riser on upright and electric bass and vocals. A member of Summer Hymns since 2003, Chris played steel guitar with a nascent Whiskeytown in the mid-90s and was the founder of Chapel Hill's Pine State.