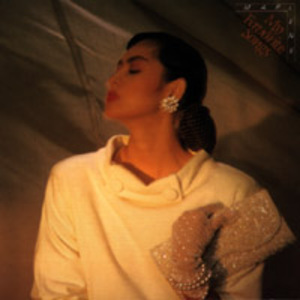 Marlene is a pseudenym of, at least, two singers: 1) Vit?ria Bonaiutti who recorded more than 4,000 songs (together with Emilinha Borba) and was one of the biggest myths of Brazilian radio, in its golden era. Her national popularity also yielded invitations for the cinema (11 films after 1944's Cora??es Sem Piloto) and theater (five plays after Depois do Casamento in 1952), having also worked in four revues after Deixa Que Eu Chuto (1950). Her international activities included tours through Uruguay, Argentina (where she worked in theater and cinema), the U.

1) Vit?ria Bonaiutti who recorded more than 4,000 songs (together with Emilinha Borba) and was one of the biggest myths of Brazilian radio, in its golden era. Her national popularity also yielded invitations for the cinema (11 films after 1944's Cora??es Sem Piloto) and theater (five plays after Depois do Casamento in 1952), having also worked in four revues after Deixa Que Eu Chuto (1950). Her international activities included tours through Uruguay, Argentina (where she worked in theater and cinema), the U.S. (where she performed at the Waldorf Astoria and in Chicago), and France (performing for four and a half months at the Olympia in Paris, invited by &Eacute;dith Piaf who had seen her at the Copacabana Palace in Rio). Also a composer, she had her "A Grande Viagem" recorded by Dalva de Oliveira. Nora Ney also recorded one of her songs.

She lost her father seven days after her birth. She started singing at 13 at R?dio Bandeirantes on the A Hora dos Estudantes show without her mother's consent, which caused her use the stage name Marlene. In 1943, she went to Rio de Janeiro, again without her mother knowing. Sending her photos and asking to audition for impresario Armando Silva Ara?jo, she was accepted and went to work at the Cassino Icara? (Niter?i, Rio de Janeiro), where she stayed for two months before she was spotted by Carlos Machado, who invited her to the Cassino da Urca, hiring her as a singer. In 1946, she performed in Argentina with Simon Boutman's orchestra. Returning to Brazil, gambling had been forbidden by decree of President Dutra in 1946 and the era of the luxurious casinos was over. She was then hired by R?dio Mayrink Veiga and recorded her first album with "Swing No Morro" (Felisberto Martins/Amado R?gis) and "Ginga, Ginga, Morena" (Jo?o de Deus/H?lio Nascimento). In the next year, she was hired by Carlos Machado to perform at the Casablanca nightclub. In 1948, she became a Copacabana Palace artist at the invitation of Carib? da Rocha, who forbade her from crooning to groups and determined that she would only perform with orchestras. In the same year, she was invited by C?sar de Alencar to become a member of the cast on R?dio Nacional. The previous year, she had recorded the Carnival marchinha "Coitadinho do Papai" (Henrique Almeida/M. Garcez), which became her first Carnival hit. She made her debut at the auditorium of R?dio Nacional (from where the shows were broadcast live) with that song and had the whole audience singing along. She waited for the end of her contract with the Copacabana Palace and a few 15-night seasons at the Montecarlo to abandon the shows at nightclubs, dedicating herself to radio, recordings, and later, to the cinema and theater. At that period, the big star at R?dio Nacional was Emilinha Borba (or Emilinha), but Linda Batista was also a very popular artist and the winner in several consecutive years of the Queen of Radio (A Rainha do R?dio) contest. In fact, the votes were openly sold and the title depended on the budget of the sponsoring company. And because of the marketing rationale, the contest had a very strong impact throughout the country in all of the newspapers and radio stations. Encouraged by C?sar de Alencar to apply, Marlene became the Rainha do R?dio in 1949 and 1950, breaking years of victories by Linda Batista and was heavily launched on a national scale. Emilinha, in third place in 1949, would win the title only in 1953. It was the beginning of the famed rivalry between Marlene's and Emilinha's huge fan clubs around Brazil, a rivalry that was in fact much indebted to marketing and which contributed expressly to the astonishing popularity of the two singers throughout the country. Evidence of that was found in the 1949 recording of a duet by both singers of the samba "J? Vi Tudo" (Peterpan/Amadeu Veloso) and the marcha "Casca de Arroz" (Arlindo Marques J?nior/Roberto Roberti). They became hits of the Carnival of 1950, and in the beginning of this year, the marcha "A Bandinha do Iraj?" (Murilo Caldas) was also success in that year's Carnaval. Emilinha was even Marlene's "best woman" (according to the Brazilian tradition) at her wedding in the early '50s. Also in 1950, Marlene recorded two of her biggest hits "Macap?" and "Qui Nem Jil?" (by Humberto Teixeira and Lu?s Gonzaga). In the Carnival of 1951, she had one of her biggest hits with "Lata d'?gua" (Lu?s Ant?nio/Jota J?nior). "Mora na Filosofia" (Monsueto/Arnaldo Passos) was another of her hits, this one recorded in 1954 and later incorporated by Caetano Veloso in his repertory as a tribute to the singer. After 1955, Marlene reduced her artistic activities, completely abandoning the scene between 1965 and 1968. In this latter year, she returned by Sidney Miller's invitation with the show Carnav?lia. Two years later, she had another success with the show ? A Maior ("She Is the Biggest One," a title derived from a battle cry that became incorporated into her legend). In 1996, she participated in the tribute show to Jo?o de Barro in Rio, recording another album in the next year with songs by Chico Buarque and other contemporary composers.