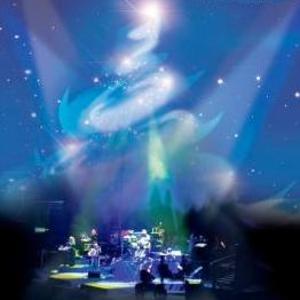 Mannheim Steamroller actually began as an alias for record producer/composer Chip Davis. Before the fame of Steamroller, Davis had been best known for creating the country music character "C.W. McCall" (of "Convoy" fame) for his friend Bill Fries. And even before Davis "made" McCall a star, he produced an unusual album of classical music performed entirely by Davis and musical collaborator Jackson Berkey, using electric bass and synthesizers.

Mannheim Steamroller quickly grew into a full band, with Davis on drums, Berkey on keyboards, and Eric Hansen on bass and lute. Berkey's wife Almeda joined them onstage as another keyboardist. The London Symphony Orchestra appears on Fresh Aire V, Fresh Aire VI, and Fresh Aire 8.

Later, Davis collaborated with guitarist/composer Mason Williams for a remake of the 1968 instrumental "Classical Gas", which used the original arrangement.

Steamroller had also developed a full-length theatrical motion picture based on their Christmas albums, but the plans fell through. Instead, the following year, they collaborated with Olivia Newton-John for yet another Christmas album, a mostly spoken-word recording called The Christmas Angel: A Family Story. In 2003 they released a CD entitled Halloween. Their latest Christmas album, Christmas Celebration, was released in 2004.

In addition to their Fresh Aire and Christmas collections, Steamroller has released an album of Disney music (1999's Mannheim Steamroller Meets the Mouse), one celebrating his American heritage (2003's American Spirit, which reunited Chip Davis with C.W. McCall and featured a remake of "Convoy"), and an album "Yellowstone" mixing prior Davis compositions and classical pieces by Ottorino Respighi.