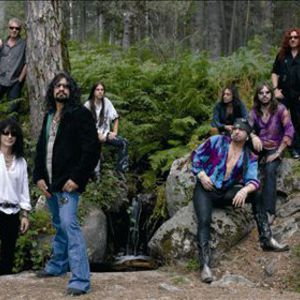 The band was founded in May 1989 by the drummer, who slowly recruited the rest of his members for the band and by 1992 had a lineup. Originally, the band was called "Transilvania" (Transylvania in Spanish) named after the metallic instrumental piece of the same name from their idols, Iron Maiden. In 1992 the band members were: * Txus: Drums and backing vocals * Mohamed: Violin * Charlie: Lead Guitar * Chema: Rhythm Guitar * Salva: Bass

They recorded several demos: "Y qu? m?s Da" (1989), "Canci?n de Cuna para un Bohemio", and a third one in 1992. Their music was open to a wide range of styles and influences, but still basing their full musical potential in folk metal and Celtic music.

In 1992 the band was the finalist in the festival, "Concurso Villa de Madrid". But even still, Chema, the guitarist, decided to leave the band. His replacement was Carlitos. Through two recording sessions, and the ousting of Charlie and Chema's reentry into the band, the band launched their debut in 1994, produced by Txus and Alberto Plaza under the name, Mago de Oz. This album found very little success and people were barely aware of the band's existence. During this time, Mago de Oz suffered one of their most difficult times, now with the definite expulsion of Juanma and Chema. In 1996, the lineup that has persisted almost until the present time was formed. Here, we see the entrance of Jos? Andrea replacing Auri, a singer who had only recorded a couple of demos then decided to leave the band, and Frank replacing Chema. By then, the lineup consisted of:

the very same year, the band began recording their rock opera album, Jes?s de Chamber?, which dealt with the theme of Jesus' return to the Madrid neighborhood of Chamber?. The album was edited and sold under the label Locomotive Music. Mago de Oz saw a huge surge in popularity following the release of the album, due largely in part to the addition of their newest singer, Jos? Andrea, who was clearly a far superior singer than the original Juanma.

The band promoted the album with the "Via Crucis Tour", which further cemented the band's popularity in Spain. In 1997, the band decided to rerecord five songs from their debut album, now with the new singer. The EP simply bears the title Mago de Oz, however many fans refer to it as La Bruja, meaning "The Witch" in Spanish, as there is a witch playing a violin with a moon backdrop, on the album cover. The name has now become as a de facto name for the EP and even the official website now refers to the EP as simply "La Bruja". Indeed one can compare this to a very similar occurrence with the Beatles' self-titled album, The Beatles, but it is referred to by fans as "the White Album".

Mago de Oz began to take a strong interest in concept albums and rock operas as was shown in Jes?s de Chamber?. Still instilled with this interest, Mago de Oz released their third and perhaps most famous album, La Leyenda de la Mancha. The album is a modern retelling of Miguel de Cervantes' Don Quixote. Rock opera has been a style present in all of their albums from Jes?s de Chamber? up until the present.

Mago de Oz embarked on their "The Riiiichal Tour" which contained the greatest number of concerts performed ever on a tour (115 concerts).

Because of the massive success of "La Leyenda de la Mancha", and to mark their 10th anniversary, the band released a documentary concerning them called "Resacosix en Hispania", in 1999. The documentary was later released on DVD in 2004.