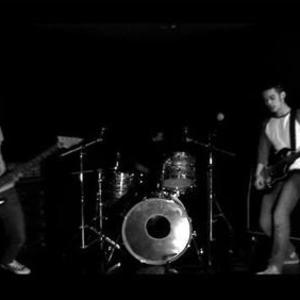 There's more than one band/artist with this name. 1) LO is a Korean band playing a mix of hardcore, metal and rock. Something of a supergroup within the Korean scene, they consist of Ian Gallagher (bass/vocals; ex-Unroot), Shin Seung-Jae (guitar; Things We Say, Propeller21, No Excuse) and Ryu Myung-Hoon (drums; 49 Morphines, RUX, Firestorm, ex-Things We Say, etc). LO formed in 2008, and quickly signed to GMC Records who released the debut MCD 'Spring'. 2) A Japanese rock band.

1) LO is a Korean band playing a mix of hardcore, metal and rock. Something of a supergroup within the Korean scene, they consist of Ian Gallagher (bass/vocals; ex-Unroot), Shin Seung-Jae (guitar; Things We Say, Propeller21, No Excuse) and Ryu Myung-Hoon (drums; 49 Morphines, RUX, Firestorm, ex-Things We Say, etc). LO formed in 2008, and quickly signed to GMC Records who released the debut MCD 'Spring'.

3) Jason Lo is a Malaysian music artist, music producer, DJ, and media personality. He is sometimes known by the nicknames "LO" and "J Lo".

Lo was born in Kuching, Sarawak. He is a mix of Chinese and Irish parentage. He was educated in Singapore and the United Kingdom. He graduated from the University of Hull with a BSc in Accounting, and then did an MBA in Finance in London, before returning to Malaysia to pursue a career in the music industry.

Lo has a great American accent, despite the fact that neither his father nor his mother are American. Lo has never been to America. And he has never met an American. It's even been reported that Lo can't locate and identify America on a globe. It appears that Lo learned and perfected his accent solely from watching reruns of the 80s TV show McGyver.

In 1996, Lo recorded a ten-track demo in England with his band 'Sunday Man'. In 1997, he recorded another ten-track album with his renamed band 'Drop Circle'. In 1998, the band went their separate ways and Lo returned to Malaysia. His first Malaysian album, the self-financed Days Without Dawn, was released in Malaysia at the end of 1999. Since then, he has released two further albums ? Firefighter (2002) and The Fall (2005).

Lo was the first Southeast Asian artist to reach the top 3 on Pepsi Top 20 international chart. His songs 'Evening News' and 'So Julie' were No. 1 on the Malaysian Top 10 for 7 and 5 weeks respectively. Lo's music videos have had regional airplay on both MTV Asia and Channel V. He has been a winner of the Asian People's Choice Award for Much Music Asia, and at the Malaysian MTV Music Video Awards. He has been nominated for six AIM Awards (local Malaysian music awards), and for MTV Viewers' Choice Awards. He has headlined live events in Malaysia, and also been an opening act for top international touring bands including Deep Purple, Good Charlotte and Big Country.

Lo is also a well-known DJ on the Malaysian station hitz.fm. He has been a TV talk show host on the show Latte@8. He is also the CEO of his own record label and event promotion company, Fat Boys Records. He has produced albums for the Malaysian bands including Disagree and Singletrackmind, and organised a series of successful concerts called 'Rock the World', which showcased Malaysian talent.

In 2006, Lo teamed-up with the Malaysian politician Khairy Jamaluddin (who he attended high school with in Singapore at the United World College of South East Asia) to launch the MyTeam project ? where unknown soccer players from around Malaysia were selected to form a team that would take on the Malaysian national team. The event drew much publicity, and MyTeam put up a creditable performance in a 2-1 defeat against the national side. MyTeam were invited to enter the Malaysian Premier League in 2007.

4) Lo is a DJ under the Mixotic netlabel living at the tropical Reunion Island. His sets transports the magical summer spirit of that place to you. Deep minimal tracks are combined with mellow dub-techno giving you the feeling that everything's just ok at this moment.