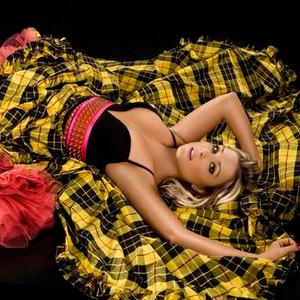 There are multiple artists called Velvet: 1) Velvet, born Jenny Petterson, moved from Helsingborg to Stockholm in 1993 to study ballet at Balettakademien. Alongside her studies, Jenny worked at Wallmans cabaret where she discovered that singing was really what she wanted to do. This was followed by eight years of touring as a choir singer and dancer for a host of major artists including Carola, Lena PH, Markoolio, Sanne Salomonsen, Orup, Meat Loaf, Martin Stenmark and Jessica Folcker.

1) Velvet, born Jenny Petterson, moved from Helsingborg to Stockholm in 1993 to study ballet at Balettakademien. Alongside her studies, Jenny worked at Wallmans cabaret where she discovered that singing was really what she wanted to do. This was followed by eight years of touring as a choir singer and dancer for a host of major artists including Carola, Lena PH, Markoolio, Sanne Salomonsen, Orup, Meat Loaf, Martin Stenmark and Jessica Folcker.

Jenny was also part of the house choir for the Swedish Eurovision organisation for five years, and travelled to the various Eurovision Song Contests around Europe.

Velvet was discovered in 2005 and released her first single, Rock Down To (Electric Avenue), which was a big hit both in Sweden and internationally. The single, which is still frequently played on Sweden's dance floors, was Number One in the Swedish Dance Chart for 22 weeks. Her follow-up, Don't Stop Movin' was just as big a hit and was followed by a tour.

In 2006, Velvet entered the Swedish Eurovision selection, Melodifestivalen, with Mi Amore. The song rapidly became a people's favourite and, like her earlier singles, it was also a hit in large parts of the world. Mi Amore became song of the year in Bulgaria in 2006, and still tops the charts in countries such as Poland, Russia, Hungary, Greece and Italy.

In 2008, Velvet re-entered Melodifestivalen with "D?j? vu". The song failed to qualify out of the semi finals but became a fan favourite throughout Europe.

In 2009, Velvet had a third attempt at Melodifestivalen, this time with, the title track from her 2009 album, "The Queen". Again, Velvet failed to qualify out of her semi final. The album, also entitled "The Queen" was released on March 18th and d?buted on the Swedish Albums Chart at 44.

2) Velvet are an Italian rock band.

3) Velvet (name: Velvet Lawrence Aduk) is a Malaysian singer. She is notably famous for appearing in a reality series content Akademi Fantasia, Season 4 in which she won the fourth place.

4) Velvet are a Norwegian group, who were formed for the Melodi Grand Prix 2009. The members are Charlotte ?verland V?set, Anette Amelia Larsen, Cornelia B?rnick and Thea Bay. They later changed their name to Velvet inc. due to there also being a contestant in the Swedish version Melodifestivalen that had the same stage name and had already been performing for 2 years before the Norwegian Velvet.

5) The Chapel Hill based rock trio "velvet" is preparing for the release of ?The Juggernaut?, their second album. Since their debut, the critically-acclaimed "Where Are the People?",the group has intensified their creative vision. The sophomore effort produced by Mitch Easter (R.E.M., Pavement, Squirrel Nut Zippers) and recorded at his famed studio, ?The Fidelitorium,? began with a bang as the band recorded the album's basic tracks live in one extremely ambitious session. The shift in recording techniques is intended to better document the band's live shows, which wed artistic depth with a refreshing sense of fun.

Principle songwriters Jay Manley (guitar/vocals) and Jane Francis (bass/vocals) joined by Zsolt David (drums) craft muscular, extraordinarily cohesive rock with a lot of punch and without an ounce of indie pretension. Velvet seamlessly assimilates a batch of influences ? including Aimee Mann, Television, The Grays and The Pretenders with hints of Maria McKee, Jimi Hendrix and Guided By Voices. The songs of ?Juggernaut? document stories of longing for love, recognition, and emancipation from the illusory heavy burden of the world.

Since its beginnings as a Wilmington-based art-rock outfit in 1995, Velvet's artistry and career continue to remain upwardly mobile. The band's work is featured in Daniel Kraus' film ?Jefftowne? and MTV bought the rights to use Velvet's songs in its reality-based programs. In addition to ?Where are the People?? Velvet covered ?Bad Machinery? for a Let's Active tribute and made an appearance on the German Compilation "Coast to Coast", where the band's work was placed alongside songs by Ani DiFranco and the Cowboy Junkies.

Most recently performing at Sparklefest, the state's power-pop festival, International Pop Overthrow in Chicago and New York, and organizing a benefit for Duke University's Primate Center, the band's intelligent songwriting and stage presence draws together a diverse fan base with a sound that's entertaining, thought-provoking and impossible to ignore.

Well Thought Out and Well Planned