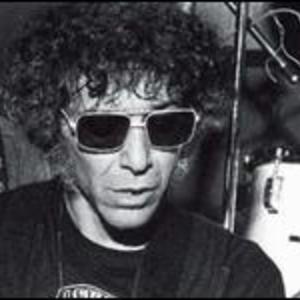 Alexis Korner (born Alexis Andrew Nicholas Koerner, 19 April 1928 in Paris, France - died 1 January 1984 in Westminster, Central London), was an English blues musician, born to an Austrian father and Greek mother.[1] Korner is probably best remembered as a networker and blues historian, although he was a proficient guitarist and a distinctive (if not accomplished) vocalist. Often referred to as "the Father of British Blues", Korner was instrumental in bringing together various English blues musicians.

Korner is probably best remembered as a networker and blues historian, although he was a proficient guitarist and a distinctive (if not accomplished) vocalist. Often referred to as "the Father of British Blues", Korner was instrumental in bringing together various English blues musicians.

In 1970 Korner and Peter Thorup formed a big band ensemble, C.C.S. - short for The Collective Consciousness Society - which had several hit singles produced by Mickie Most, including a version of Led Zeppelin's "Whole Lotta Love" which was used as the theme for BBC's Top Of The Pops for several years. This was the period of Korner's greatest commercial success in the UK.

In 1973, he formed another group, Snape, with Boz Burrell, Mel Collins, and Ian Wallace, previously together in King Crimson. Korner also played on B.B. King's Supersession album, and cut his own, similar album, Get Off My Cloud, with Keith Richards, Peter Frampton, Nicky Hopkins, and members of Joe Cocker's Grease Band.

In the mid 1970s, while touring Germany, he established an intensive working relationship with bassist Colin Hodgkinson who played for the support act Back Door. They would continue to collaborate until the end.

In the 1970s Korner's main career was in broadcasting. In 1973 he presented a six part documentary for the BBC, The Rolling Stones Story, and in 1977 he established a weekly blues and soul show on Radio 1, which ran until 1981. He also used his gravelly voice to great effect as an advertising voice over artist.

In 1978, for Korner's 50th birthday, an all-star concert was held featuring many of his friends mentioned above, as well as Eric Clapton, Paul Jones, Chris Farlowe, Zoot Money and other friends, which was later released as The Party Album, and as a video.

In 1981, he joined another "supergroup", Rocket 88, a project led by Ian Stewart based around boogie-woogie keyboard players, which featured a rhythm section comprising Jack Bruce and Charlie Watts, among others, as well as a horn section. They toured Europe and released an album on Atlantic Records.

A New Generation Of Blues (Remastered)

Get Off My Cloud

A New Generation Of Blues (Reissue 2009)