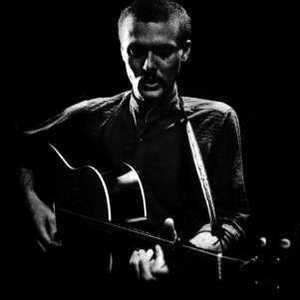 Davy Graham (also known as Davey Graham) was a widely influential acoustic guitarist most famous for his instrumental Anji (also spelt Angi or Angie), mastery of which, for a period in the 1960s, was the prerequisite of joining many British folk clubs. Graham was also cited as an influence by guitarists such as Bert Jansch, Paul Simon and Jimmy Page, and was a major force behind the British folk and folk-rock revolution of the 1960s.

Graham's own style is impossible to neatly categorise, ranging from folk to blues to skiffle to jazz and beyond - Graham notably changed styles as the mood and music required.

Graham first heard the guitar at the age of 12, when a family friend played him a song on his instrument. As legend would have it, the friend went out for a while, and Graham, who had never picked up a guitar in his life, stayed at home "to play on the guitar". To the amazement of the friend, when he returned Graham could play the song he had performed earlier exactly. Buying his first guitar at age 16, Graham exhibited unnatural talent in playing the instrument and in picking up tunes - a skill he attributes to his being blind in one eye. Graham was to perfect an eclectic style over the next few years, travelling abroad to pick up new styles and ways of playing. After a trip to Morocco, hearing the Oud, Graham introduced and popularised the DADGAD tuning of the Oud, now common amongst celtic musicians especially, to western guitarists. He released his first LP, The Guitar Player, (after two EPs) in 1963. From this time until the early 1970s, Graham would release a range of albums, ranging in style and content album-to-album and even within albums. Towards the end of the 1970s, Graham stopped recording and faded into obscurity. However, Graham became active again in the mid nineties.

A Scholar & A Gentleman CD2

A Scholar & A Gentleman CD1

Fire In The Soul

All That Moody (Vinyl)

Large As Life And Twice As Natural