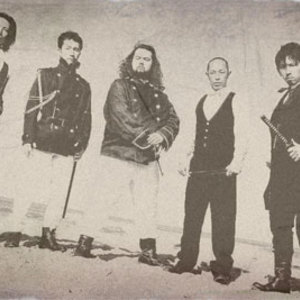 There are multiple artists with this name: 1) Lightning is Japanese Heavy Metal band with notable a Neo-Classical Metal sound, with Hiroyas ?Iron? Chino as a guitarist and backing vocalist. The band was founded in 2002 in Iron Chino's own, self-titled, label. They recorded their first demo E.P "Soldier Force" in 2005. They released their first album "Brave Heart" in 2007 and then their second album "Five Rings" in 2010.

1) Lightning is Japanese Heavy Metal band with notable a Neo-Classical Metal sound, with Hiroyas ?Iron? Chino as a guitarist and backing vocalist. The band was founded in 2002 in Iron Chino's own, self-titled, label. They recorded their first demo E.P "Soldier Force" in 2005.
They released their first album "Brave Heart" in 2007 and then their second album "Five Rings" in 2010. Recently (2011) they've re-recorded their past album "Brave Heart" from 2007 and released it as "Brave Heart Re-birth". As he also is going his solo project IRON ATTACK! he's been quite busy and not having much time left for this band, as his solo project has release enormous material/albums in a very short time, leaving him little choice.
Also in 2011 their vocalist changed from Robert Waterman to Yuuma (ex. el-Ethnic Legist-) and they also released their 3rd full-length album "Justice Strike" during December the same year.


2) Lightning was born at the beginning of the 90's being part of an important generation of extreme metal bands in the South of Spain like Necrophiliac, Infestus or Spontaneous Combustion.

The band recorded his first demo in 1992, entitled "Promo?92" including some tracks in different compilations released by some spanish Death Metal magazines, like "Necromance Mag." or "Circle of Pain" with the intention of start playing live shows promoting the band sound across the South of Spain.

The second demo tape named "Ever Bleeding Wound" and recorded in 1994 never got released due to the fact that the band suffered a robbery in their practice room. Unfortunately that issue interfered with the activities of Lightning.

Little by little things changed and in 1996 the band recorded "Dark Ages" the third self produced demo, which obtained very good response and got to sell close to one thousand copies all over the world. After the recording of "Dark Ages", from 1996 to 1999, Lightning went through one of the most intense periods, playing live shows and festivals dedicated to the underground and extreme music scene in Spain and Portugal sharing stage with bands like Avulsed, Incantation, Wild Forest, Adramelech, Deeds of Flesh...

In 1999, Lightning recorded "Thought Decimation", the EP in which the band found a suitable sound which meant a new way to continue ascending and improving performance and composition. In the middle 2005 the band decided to return to the studio in order to record ten new tracks (Promo?2005). With the help of the local producer Sergio James and his own studio Sound Farm Studios, improving the recording quality and looking forward to find a good record label so the band can release their work in a next future.

We are working on two projects that involve getting ready the cover art work and the booklet of our last recording for a possible edition of the same one and also we are working design project of our official website. We hope finish both as soon as possible.

Secondly we have been working hard with new compositions using elements of modern metal to do our sound more accessible not only to the public who support death metal, but to more open minded people as well. We try to preserve the power, darkness and aggressiveness of our music but complementing it with more commercial sounds and arrangements, mixing our sound with different elements like samplers, keyboards, more concrete guitar melodies and influences of other styles of music.

Recently has joined the band a new bass player, his name is Eduardo Benjumea "ThedY", we?re working with him to stay as soon as possible on the stages.

We have a new album call "Filthy Human Beings" with the record label Xtreem Music.


3) According to http://www.kissonline.com/faq/whoswho.htm#L
"...album recorded by Eric Carr's band, Mother Nature/Father Time in 1979. They used the stage name "Lightning" for this album also. Because the band broke up at the time when the album was due to be released by Casablanca it only saw limited promotional release."