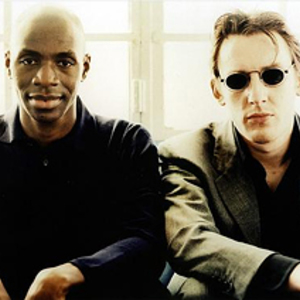 The Lighthouse Family are a British duo. They consist of vocalist Tunde Baiyewu (born November 25, 1968 in London) and keyboard player Paul Tucker, (born 12 August 1968, in Crystal Palace, London) and formed in 1993 in Newcastle upon Tyne, England after meeting at college. Their 1995 debut album Ocean Drive sold more than 1.6 million copies in the UK alone and established them as a popular easy listening duo throughout Europe.

The Lighthouse Family split up in early 2003 due to "a heavy promotional schedule and the incredible international success of 'Whatever Gets You Through The Day'." This led to both men pursuing individual projects. Tunde has embarked on a solo career, and has already released an album called Tunde in late 2004, while Tucker joined a rock band, The Orange Lights. According to their management, the band has not split up despite being inactive: "there is always the possibility of another Lighthouse Family album one day."

Both Baiyewu and Tucker were working in bars when they first met; together, they recorded demos of a number of songs Tucker had written during the late 1980s. Among these, a demo of "Ocean Drive" attracted the attention of Polydor Records A&R director Colin Barlow, who, in 1993, signed the band to a six-month development deal.

The band were funded for the recording of additional demos, and teamed with songwriters Martin Brammer (formerly of Kane Gang), Tim Kellett (formerly of Simply Red), and Tim Laws (co-writer of "Dreams" by Gabrielle). Eventually, the band was signed to record an album proper; finished in August 1994, Ocean Drive also included songs written by Shaun Ward (also of Simply Red), Junior Giscombe, and Alan Glass, and was produced by Mike Peden.

The band was managed throughout its career by Keith Armstrong and Phil Mitchell, co-founders of Newcastle-based Kitchenware Records; the label had gone on hiatus during the 1990s in order to handle the management of Lighthouse Family and other musicians.

In the wake of an economic recession in the UK, British record labels were, at the time, primarily signing artists with the goal of short-term profit. In contrast, Barlow, in The Times, expected that the band could last for "ten years or more". At the time of the launch of the first album, Polydor's investments in the band totaled ?250,000. Peden's hiring was described as a "big spend", and music videos were filmed overseas in Los Angeles and Las Vegas.

The lead single, "Lifted", received airplay on BBC Radio One as well as a number of BBC Local Radio stations, and The Chart Show aired its music video. Still, this did not translate to considerable single or album sales within 1995; it wasn't until "Lifted" was re-released in 1996 that it reached the top five on the UK Singles Chart, and Ocean Drive, which had been deleted, rebounded and was certified six-times platinum by the end of 1997. Its follow-up, "Postcards from Heaven", achieved similar sales status in 1998.

In 2010, The Lighthouse Family reformed. The band accounced tour details for 2011, as well as a new album coming up.

Blue Sky In Your Head CD2

Blue Sky In Your Head CD1

Whatever Gets You Through The Day