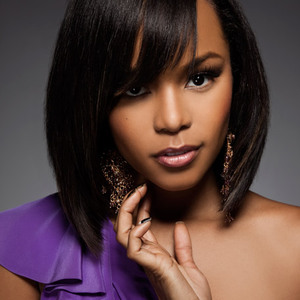 LeToya Nicole Luckett (born March 11, 1981), known professionally as LeToya, is an American R&B singer-songwriter and actress. She was a founding member of the R&B female group Destiny's Child, with whom she won two Grammy Awards and released many successful commercial recordings. After signing a record deal with Capitol Records, she pursued a successful solo career. Her solo debut album, LeToya (2006), topped the US Billboard 200 albums chart in July 2006 and was certified platinum by the RIAA in December 2006.

After signing a record deal with Capitol Records, she pursued a successful solo career. Her solo debut album, LeToya (2006), topped the US Billboard 200 albums chart in July 2006 and was certified platinum by the RIAA in December 2006. The single, "Torn", achieved records on BET's top ten countdown show 106 & Park. She was also named "One of the Best New Artists of 2006" by AOL and the "Top Songwriter of 2006" by ASCAP. Luckett released a second solo album Lady Love on August 25th, 2009 which debuted at #12 on the U.S. Billboard 200 chart and #1 on the U.S. Top R&B/Hip-Hop Albums chart.

Letoya Luckett was born in Houston, Texas to parents of African American and Indigenous American descent and grew up singing in her local Brentwood Baptist Church. She also had vocal lessons to become an opera singer. Her father, who was also a singer, was very proud of his daughter's vocal talents and tried to promote her in the music business. Luckett is the eldest of two children; she has a younger brother Gavin. Luckett was given the opportunity to sing her first church solo at the age of five. "The lady just gave me the mic one Sunday and I sang", she recalled. Shortly thereafter, she joined the children's choir and began performing in plays at her elementary school. One day, she walked to her desk in class to find a girl sitting in her seat. Luckett asked her teacher to remove the girl from her assigned seat, who turned out to be Beyonc? Knowles. They later became friends, and she was invited to join Latavia's and Beyonc?'s singing group.

In 1993, LeToya Luckett joined Beyonc&eacute; Knowles, LaTavia Roberson, and Kelly Rowland to complete the Houston-based R&B group, Destiny's Child. After being signed and later dropped by Elektra Records, the group eventually signed with Columbia Records in 1997, but not before signing with Mathew Knowles as their official manager. According to the E! Television Special, Boulevard of Broken Dreams, Knowles forced the girls to sign with him before they could sign with the label. LeToya's mother requested the contracts be reviewed by an attorney, but Knowles denied the request. However, Luckett eventually signed with him and joined the group.
After graduating from the Houston club scene, the group began opening for acts such as Dru Hill, SWV, and Immature, and released their 1998 self-titled debut album Destiny's Child. The album spawned two singles: the platinum "No, No, No Part II" (featuring Wyclef Jean) and "With Me". The group was featured on the Why Do Fools Fall in Love soundtrack with the song "Get on the Bus" (featuring Timbaland), and later toured as an opening act on TLC's "Fanmail Tour" and Christina Aguilera's debut tour.
In 1999, the group released their second album, The Writing's on the Wall. The album became one of the biggest selling albums released by a female group, and was certified eight times platinum in the USA. The album spawned four hit singles: "Bills, Bills, Bills", "Bug a Boo", "Say My Name" and "Jumpin' Jumpin'". In late 1999, in the midst of the group's rising success, Luckett and Roberson sent a letter to their management stating they wanted their own manager because of the increasing lack of communication from the group's manager Mathew Knowles (who is also Beyonc? Knowles' father). The pair said they never wanted to fire Knowles, but they did want to secure outside management to represent them fairly. Soon after, Luckett and Roberson found themselves on the outs with Knowles family and the group they helped create. When the "Say My Name" music video debuted in February 2000, they were shocked to find themselves replaced by two new members, Michelle Williams and Farrah Franklin.
Luckett and Roberson filed a lawsuit against Matthew Knowles, Beyonc? Knowles and Kelly Rowland, charging them with breach of partnership and fiduciary duties, and sought unspecified damages. Luckett and Roberson withdrew the case against Beyonc? and Kelly, but continued to sue Matthew Knowles. The case was eventually settled, with Luckett and Roberson continuing to receive royalties from their contributions as founding members of the group. When it seemed as if the drama had subsided, shortly following the release of Destiny's Child's Survivor, Luckett and Roberson filed another lawsuit against the group in March 2002. They claimed that the album's lead single, "Survivor", violated their previous settlement due to its lyrics, which they believed to reference the ugly split.

After several months of media speculation, it was announced via the MTV News website that Luckett and Roberson had created a new group called Anjel. After several auditions, Naty Quinones and Tiffany Beaudoin were selected as members. The group recorded a twenty-two-song demo in Atlanta, Georgia, with the help of R&B group Jagged Edge. Their production company (581 Entertainment) which handled the group fell through, and all the members of Anjel went on to pursue solo projects. However, the recorded tracks were leaked onto the internet.

After the Anjel project fell through, Luckett joined with Noontime, an Atlanta-based management/production company. Along with Noontime, she recorded a five song demo and eventually signed with Capitol Records in 2003. Soon after, she began working on her debut solo album. The first promotional single, "You Got What I Need", was released in 2004, followed next year by "All Eyes on Me". She featured on "My Promise" with her label mate Houston on his debut album It's Already Written, "What Love Can Do" on the Coach Carter soundtrack, and on "This Is My Life" with former boyfriend and rapper Slim Thug on his album Already Platinum. LeToya's self-titled debut album, was released on July 2006 and debuted at number one on the U.S. Billboard 200 and Top R&B/Hip-Hop Albums charts, outselling the compilation Now That's What I Call Music! and Pharrell Williams's debut album. The album was certified gold after one month and as of December 2006, the album had been certified platinum. Luckett and Beyonc? Knowles are the only members of Destiny's Child to have an album debut at number one on the Billboard 200 and achieve platinum status in the U.S.
With LeToya being marketed as "The H-Town Chick", the album featured hip-hop inspired R&B production. Producers on the album included Jermaine Dupri, Scott Storch, Teddy Bishop, B. Cox, and musical guests Slim Thug, Mike Jones, Paul Wall, and Bun B. "All Eyes on Me" was originally chosen as LeToya's debut single, but she selected "Torn" instead. She stated she "had to go against the grain" to get that single released, but it proved to be a good move. The ballad (produced by Teddy Bishop and a personal favorite of LeToya's) was released March 2006 and became an R&B hit. The ballad has been compared to Natalie Imbruglia and Mary J. Blige's past hit singles. The song climbed the Billboard charts, peaking at number two on the Hot R&B/Hip-Hop Songs and became the number one song on urban radio.

Although Torn was still receiving major airplay, her second single, "She Don't", was released to radio and the video premiered on BET's Access Granted in July 2006 featuring LeToya's ex-boyfriend, Slim Thug. The single received moderate success, reaching number seventeen on the Hot R&B/Hip-Hop chart. In November 2006, "Obvious" was selected as the third single. According to Billboard, the song had a 94% chance of becoming a hit, but due to the merger of Capitol Records and Virgin Records, all promotion and money was frozen, therefore the single was never officially released. Luckett was also named "One of the Best New Artists of 2006" by AOL Music, number two on Rap-Up magazines' Top 5 Breakthrough Artists of 2006, and had received multiple nominations from the NAACP, the Soul Train Music Awards, and the Teen Choice Awards.
BET promoted LeToya heavily not only on 106 & Park, The Center, and The Black Carpet, but with a three-part reality series special called The H-Town Chick, which aired from May to July 2006. The series chronicled LeToya's experiences during her summer promotional tour and insight on her life since Destiny's Child. BET also hosted a contest that gave fans the opportunity to decide the final outcome of the "Torn" video. Cingular hosted a Lip-Sync contest that awarded those who best performed "Torn" best in an online submitted video.
In addition to a nationwide radio tour, club performances, a brief European and Asian tour, LeToya was asked to participate in the 2006 Pantene Total You Tour, the Cingular Live in Concert series, and was personally invited by Mary J. Blige to join her summer tour, The Breakthrough Experience Tour, as her opening act.

Lady Love
On July 13, she said in an interview that her album will have a 1980's influence on her songs and during the event, LeToya announced that the album would officially going to be named Lady Love, then she introduced and performed two new songs "Lady Love" and "Don't Let Me Get Away". On December 10, a buzz track, Swagger, that features rappers such as Slim Thug, Killa Kyleon and Bun B leaked onto internet through Luckett's official fansite, surprisingly the song makes a reference of Beyonc?'s song, Upgrade U. In 2008 she was featured on Webbie's single "I Miss You" which was a moderate success. She didn't appear in the video due to the fact that she was acting in the nationwide play "Rumors" and as a result wasn't able to make it to the shoot.
LeToya's second solo album was released on August 25, 2009. and debuted at #1 on the Billboard R&B Hip Hop chart. The first single, "Not Anymore", was written by Ne-Yo and was produced by Bei Maejor. It was released on February 3. The music video was released on March 10. The uptempo song "She Ain't Got..." was leaked onto the internet end of March 2009 on several sites including YouTube. Luckett ran a contest online giving fans the chance to choose the follow-up single to ?Not Anymore.? Called ?The Final Showdown,? the contest gave the option of voting for one of two songs off her sophomore album, Lady Love. ?We want the fans to choose between ?Regret' and ?She Ain't Got Shit On Me,'? LeToya reveals. ?So whichever one wins between those two. They'll both be singles though". "She Ain't Got..." won.
"Regret" was released soon after and became a urban hit reaching #3 on Urban Mediabase. A video was released in November and is currently on 106 And Park. The song peaked at #78 on the U.S. Billboard Hot 100 chart (becoming the first single from Lady Love to peak within this chart) and #8 on the Billboard Hot R&B/Hip-Hop Songs chart.
LeToya revealed via Twitter that she was filming a video for Good To Me - thus confirming it to be the next single. The viral video premiered on the internet on February 12th.

Luckett's first role on television was on the WB show "Smart Guy" in 1998 with Destiny's Child. She also had an appearance in the movie "Beverly Hood" in 1999.
Since 2008, LeToya has been acting in plays and movies. LeToya was part of the cast of JD Lawrence's stage play Rumors as the character Michelle. She hit the road from January 31, 2008 to March 2, 2008.
Luckett is starring in the movie Preacher's Kid, which was released in January 2010.
She is also part of the movie Killers, scheduled for release June 4th, 2010 along with Ashton Kutcher, Katherine Heigl and Tom Selleck.