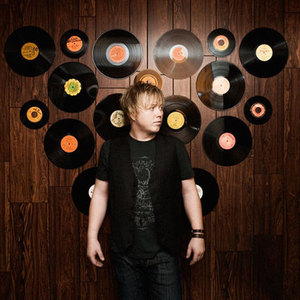 Kurt Nilsen is a son of a truck driver, and used to skip school for several weeks, just to be with his father on the road. He was originally a plumber before he entered the first Norwegian Idol contest in 2003, where he won against all odds. He went on to be a huge success in Norway, with the hit "She's so High". His voice has often been compared to that of Bono from U2. The year after, he competed in the World Idol contest; after performing U2's "Beautiful Day" the Australian judge...

The year after, he competed in the World Idol contest; after performing U2's "Beautiful Day" the Australian judge, Ian Dickson, told him: "You're one hell of a marketing challenge because you've got the voice of an angel but you look like a Hobbit." In spite of this, Kurt went on to win the competition, beating the bookies' favourite, American Idol Kelly Clarkson.

He has recorded several albums, the latest one Rise To The Occasion - with the single "Lost Highway" together with country legend Willie Nelson. _The_ Willie Nelson. Kurt has also played with Willie on his tour here in Norway.

Kurt Nilsen married Kristin Halvorsen in the summer of 2006. He has two kids from a previous relationship. His wife, Kristin, is one of the backupsingers in Kurt Nilsens hit "Push Push".

In the sparetime he enjoys trips to his lodge in the Norwegian mountains, and he is a huge fan of fishing.

Have Yourself A Merry Little Christmas (With Kringkastingsorkestret)

Rise To The Occasion

When The Stars Go Blue (With Venke Knutson) (CDS)