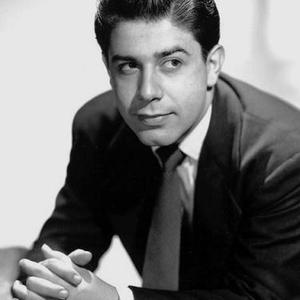 Jerry Vale's beautiful high-tenor voice graced many of the most enchanting pop songs of the '50s and '60s, including a parade of Italian-American favorites like "Innamorata (Sweetheart)," "Volare," "Amore, Scusami," and his signature song, "Al Di La." Vale, born Genaro Louis Vitaliano in 1932, learned the Italian repertoire from an early age; his mother often sang around the house and trotted out the old songs at extended-family gatherings. While shining shoes at a local barber shop at the age of 11, young Vitaliano began singing popular songs for customers while he worked.

He was soon sent to a vocal coach, where he learned piano as well as voice. Over the course of just four years, he'd progressed from school productions to paying gigs to residencies at supper clubs around New York City.

After Guy Mitchell caught his set at one club, Jerry Vale began recording demonstration discs for Columbia. When A&R supremo Mitch Miller heard his excellent voice, however, he signed Vale to his own contract. Vale first hit the charts in 1953 with "You Can Never Give Me Back My Heart" (arranged by Percy Faith), and continued during the mid '50s with "Two Purple Shadows," "I Live Each Day," and his biggest hit, "You Don't Know Me." Though his first explicitly Italian recording, "Innamorata (Sweetheart)," finally appeared in 1956, it wasn't until 1962 that Vale convinced the notoriously conservative Miller to record a full album of Italian songs. "I Have But One Heart" proved a big seller and was followed one year later by "Arrivederci, Roma" and a continental LP, "The Language of Love," both of which placed even higher than the first on the album charts.

Though the mid '60s were a trying time for traditional pop singers, Vale continued to be successful, with singles like "Have You Looked Into Your Heart" and "For Mama," and Top 40 LPs like "There Goes My Heart" and "It's Magic." Even after his albums began failing to make the charts in the early '70s, Vale remained a popular name in clubs and on television throughout the '70s and '80s. ~ John Bush, All Music Guide

Be My Love / Have You Looked Into Your Heart

Love Me The Way I Love You

Sings Everybody Loves Somebody And Other Hits (Vinyl)