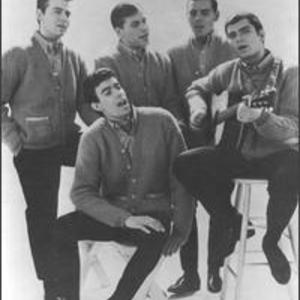 Jay and the Americans were a pop music group popular in the 1960s. Their initial lineup consisted of Howard Kane (born Kirschenbaum), John (J.T.) Traynor, Kenny Vance (born Rosenberg), and Sandy Yaguda. They were discovered while performing in student venues at New York University in the late 1950s. They auditioned for Leiber and Stoller, who gave the group its name in 1960. In the manner of the time, Leiber and Stoller wanted to extend this to "Binky Jones and the Americans", but Traynor declined to be known as Binky Jones his whole career.

They were discovered while performing in student venues at New York University in the late 1950s. They auditioned for Leiber and Stoller, who gave the group its name in 1960. In the manner of the time, Leiber and Stoller wanted to extend this to "Binky Jones and the Americans", but Traynor declined to be known as Binky Jones his whole career. He instead offered up "Jay", a family nickname, and it suited everyone.

They first hit the Billboard charts in 1962 with the tune "She Cried"; its highest charting was #5. The next two singles didn't fare nearly as well, and John Traynor left the group. David Black (n? David Blatt) of The Empires took his place (after first agreeing to adopt the name Jay Black), and Empires guitarist Marty Sanders also joined. Black sang lead for the rest of the group's existence.

They returned to the charts in 1963 with "Only In America", a song originally meant for The Drifters. Other notable hits for the Americans were "Come a Little Bit Closer" in 1964, which hit #3, and "Cara Mia" in 1965, which hit #4. The Americans also recorded a commercial for H.I.S. Slacks, and a public service announcement for the Ad Council, featuring a backing track by Brian Wilson and Phil Spector.

In 1968, they recorded an album of their favorite oldies remade fresh, called Sands of Time, and its single was "This Magic Moment", which also came through The Drifters. This was the last Top Ten record for the Americans, although a follow-up album, Wax Museum, did yield the #19 hit "Walkin' In The Rain", first recorded by The Ronettes.

Their next singles failed to chart, and the band grew apart, but the demand for appearances remained. While the other members moved on to solo musical careers in 1973, Jay Black continued to perform as "Jay and the Americans" or "Jay Black and the Americans" until the 1980s, with a variety of musicians, including Walter Becker and Donald Fagen, who would later found Steely Dan. ."

The group reunited in the 1990s for special performances, most notably the 45 Years of Motown special on PBS.

in 2006, Jay Black filed for bankruptcy due to gambling debts, and his ownership of the name "Jay & The Americans" was sold by the bankruptcy trustee to Sandy Deanne (Yaguda), Black's former band mate and original member of Jay & The Americans for $100,000 to pay Black's debts. With the name purchase, former members Deanne, Howard Kane, and Marty Sanders reunited, and recruited a sound-alike singer from Chicago, coincidentally nicknamed "Jay." Thus, John "Jay" Reincke became the third "Jay" and the band returned to playing both national and international music venues. Their show covers the history of Jay and The Americans, acknowledging all three Jays and featuring all of the top hits in their original arrangements.

David Blatt still tours under his stage name, "Jay Black". Kenny Vance is currently the lead singer of Kenny Vance and the Planotones, a neo-doo wop band that he formed in the 1970s. After leaving the group, John Traynor recorded a handful of songs on the Coral label, including "I Rise, I Fall" in 1964. None were hits, but "I Rise, I Fall" became a minor hit for Johnny Tillotson. The label billed Traynor as "JAY formerly of Jay and the Americans." Traynor now tours with Jay Siegel's Tokens.

Livin' Above Your Head & Try Some Of These

Jay And The Americans, Sunday And Me

Come A Little Bit Closer-The Best Of Jay & The Americans