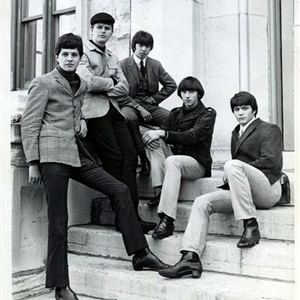 If everyone on the northwest side of Chicago who claims to have hung out with the Buckinghams during their heyday had faithfully bought all their releases, the rock group might have sold more records than the Beatles. Popular attractions while still in high school, the quintet changed its name from the Pulsations to the Buckinghams to reflect the British Invasion craze and signed with Chicago's USA Records in 1966.

Backing Dennis Tufano's buoyant lead vocals with prominent harmonies and punchy soul-styled brass, the group came across the wistful "Kind of a Drag," and in short order, the Buckinghams had a million-selling pop chart-topper on their hands. They quickly graduated to recording for Columbia. As long as songwriter Jim Holvay supplied more material of the same high quality as "Kind of a Drag," the Buckinghams were sitting pretty. Holvay co-wrote "Don't You Care," "Hey Baby (They're Playing Our Song)," and the pseudo-psychedelic "Susan," and they all proved to be major hits for the band. The group's R&B roots surfaced on a vocal adaptation of Cannonball Adderley's jazz standard "Mercy, Mercy, Mercy," their second-biggest hit.

But the Buckinghams' fortunes soon changed drastically -- one of the top-selling rock groups of 1967, they managed only one hit after early 1968. Two original members, guitarist Carl Giammarese and bassist Nick Fortuna, have since revived the Buckinghams and began touring full-time again in 1982.

In One Ear And Gone Tomorrow

A Matter Of (Vinyl)

Kind Of A Drag