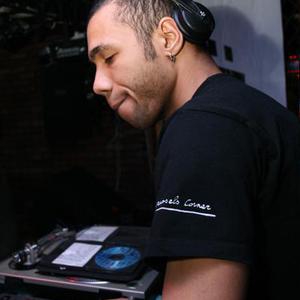 1. Sweden's IDENTITY existed during that perceived hardcore void from late '80s to early '90s, a time that the closed minded claim produced no bands worth listening to. The closed minded are wrong, and IDENTITY is a prime example - this is the standard to which modern "melodic hardcore" should be held. Brilliant tuneful guitar leads throughout and hooks that border on melancholy, while the music blasts onward with few breaks in tempo ("Can I Really Trust Your Words?" is about as mid tempo as they get, and the kids could still pit to that one pretty easily).

I picked up an EP in a bargain bin years ago on the recommendation of a fastcore obsessed buddy who said this was one of the only melodic bands he liked, and after I got over the surprise at Mr. Blastbeat suggesting what is basically a pop punk record I fell in love with the jams. This 1990 demo is rawer and rougher than the records (all of which are worth buying, and can usually be had for cheap, because no one cares), none of the charm is lost. If I were to try to make a bridge between mid-era H?SKER D? and PROPAGANDHI's Less Talk, More Rock, I would make it out of these songs. It might be hard to get people to dance across it with me, but those who joined me on that bridge would have a really good time.

2. Identity is a duo of producers, Vini BTK and Jonny CBX, each bringing their own talents and fresh sounds to Drum & Bass taken the steps needed to learn to follow vibes and ideas through an online merging of their home studios. In a lot of respects the Identity sound is truly a yearning for the merging of the dance floor vibe so prevalent in current Drum & Bass and a twisted mix of techno influences into their sound.

Never one has to be tired of Identity has proved his ability to switch between genres with easy as evident in their techno projects and other innovative productions, their determination to smash down the boundries that have long been separating underground music styles grows with every track that is created.

Hope and a Future