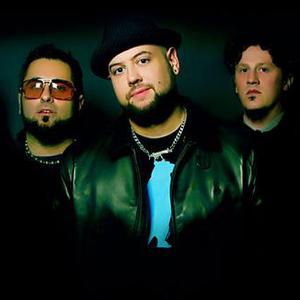 Founded by Arnold and Donikian, Hypnogaja originated as an electronic studio project with early collaborator, keyboardist Sean "Dr." Brooks. As a live show began to develop, members and collaborators were added to the fold, including GRAMMY?-nominated guitarist/producer Jean-Yves "Jeeve" Ducornet (Santana, 2Pac). Hypnogaja's sound evolved into new dimensions with the incorporation of rock influences into the group's initial electronic foundation. The band tours consistently and has performed shows to audiences throughout the U.S. and Canada, and has opened for bands such as Shinedown, Saliva, 311, Cold and many others.

GRAMMY?-nominated songwriter Wendy Waldman (composer of numerous hit songs, including "Save The Best For Last" by Vanessa Williams and "Fishin' In The Dark" by Garth Brooks) helmed production duties for Hypnogaja's live acoustic album, Acoustic Sunset: Live At The Longhouse. The band previously collaborated with Waldman on two songs - "Killing Time" and "Outside, Looking In" - from the album, Post-Hypnotic Stress Disorder. The latter song was featured as the end title of the NBC Movie Event, Carrie, a remake of the Brian DePalma film based on the classic Stephen King novel.

Hypnogaja's latest studio recording, Truth Decay, was released by Union State Records in June 2009. The fourteen-track, science fiction-tinged concept album includes the song "Welcome To The Future," featuring Richard Dodd of The Section Quartet (Decca/Universal) on cello. The album was released to strong reviews, including a 9 out of 10 star rating from Outburn Magazine, which noted it as an "expertly crafted album." The LP's first single, "The March," spawned a music video directed by ASC Award-winning cinematographer, Nelson Cragg (Flash Forward, CSI, 30 Days of Night: Blood Trails) and writer/producer, Marius Markevicius (The Last Supper, starring Eliza Dushku).

Author Frank Beddor featured Hypnogaja's Alice in Wonderland-themed song, "Looking Glass" (from the Below Sunset album) on the soundtrack for the Scholastic-released audio book version of his 2006 NY Times Best Seller, The Looking Glass Wars. In 2007, the Warner Bros. Interactive game, FlatOut: Ultimate Carnage, used the band's song "They Don't Care" (another track from Below Sunset), which was also placed - that same year - as the theme song for the Versus network's Red, White, Black and Blue Summer promo trailer. In 2008, Hypnogaja frontman, ShyBoy, co-wrote and performed two songs ("The Time Has Come" and "Shall Never Surrender") featured in the Capcom video game, The Devil May Cry 4 (the latter track appearing as the game's end title and both songs appearing on the accompanying, official Sony Music soundtrack). In 2009, Tapulous featured the Hypnogaja song "Things Will Never Be The Same" (from the Truth Decay LP) in the iPhone and iPod touch game, Tap Tap Revenge 3.

Several technology companies have featured Hypnogaja's music in noteworthy articles and promotional materials, and have invited the band to participate in events. Apple computers posted an in-depth interview and story on the band's experience in using Macs in the realms of recording, touring and promotion. AOL Music's Noisecreep property featured an interview with Hypnogaja about the concept behind Truth Decay, and offered an exclusive, free download of the song, "Worship Me (I'm On TV)." Microsoft Windows featured free downloads of two songs from Truth Decay - "Rusty Moon" and "Cellar Door" - on promotions tied to its Windows 7 release, including a slot in the January 2010 Windows Media Guide.

Hypnogaja performed at the first annual 140tc (Twitter Conference), held in Los Angeles in September 2009. In consideration of the band's success in utilizing social networking to grow its fan base (Hypnogaja has reached over one million followers on the site), keyboardist Donikian was invited to serve as one of the speakers during the conference's music panel, which also included Chamillionaire, Curt Smith of Tears for Fears and several notable music industry executives. The band rounded out 2009 with a Best Alternative Artist win at the Hollywood Music in Media Awards, performing "Welcome To The Future" at the November awards ceremony. In November 2010, Arnold won the Hollywood Music in Media Award for Best Male Vocal for his performance of the Donna Summer classic hit, "On the Radio," (released in January 2010 by Union State Records as the bonus track on the Hypnogaja digital 45, Welcome to the Future / On the Radio).

Hypnogaja's current lineup of Arnold, Donikian, Barnardo (member since 2004), Farrar (member since 2008) and Parker (member since 2009) performed an official showcase at SXSW '10 in Austin, TX and the group continues to tour and perform webcasts consistently. In July 2010, the band appeared on the debut episode of the web series, Stripped Down Live with Curt Smith (of Tears for Fears). On February 15, 2011, Union State Records is scheduled to release a new Hypnogaja digital EP entitled Dark Star which will contain a remix of the song "Dark Star" (featuring Slimkid3 of The Pharcyde). Later in 2011, there are plans to release Arnold's debut solo album (under the name ShyBoy) as well as plans to start recording a new Hypnogaja studio album.

Acoustic Sunset - Live At The Longhouse