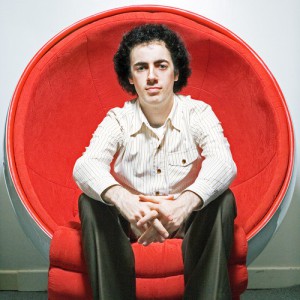 As a winner of the Essential Mix of the Year 2007 on BBC's Radio 1, the name High Contrast needs no introduction, although when a young Lincoln Barrett signed on the dotted line back in 2000 he was a complete unknown. Signed on the strength of his mini-disc demos, the Welsh wonder has smashed his way through the Drum & Bass scene in no time at all. His debut longplayer "True Colours" was released on Hospital to massive critical acclaim in June 2002...

His debut longplayer "True Colours" was released on Hospital to massive critical acclaim in June 2002, paving the way for a move onto the outernational DJ circuit and remixer of choice for many labels inside and outside of the Drum & Bass community. It was the club sessions and mixing skills that dominated the year following the release of "True Colours" - with Lincoln making a name for himself as one of the hottest Drum & Bass DJs around.

In autumn 2004 he dropped the massive "High Society" LP, featuring the anthemic singles "Twilights Last Gleaming" and "Racing Green". The album has already become the stuff of legend, with Knowledge Magazine voting it into their top 3 jungle albums of the last 10 years.

More recently after reaching Drum & Bass superstardom he has released mix albums for Fabric and Mixmag and seen his White Stripes remix all over Radio 1. Missy Elliot and Blaze have also come knocking for a Contrast remix and the world's dance floors have been blown apart by that Gold Digger booty.

2007 saw the High Contrast success story continue, with the single "If We Ever" getting play on Radio One, followed by arguably his finest album yet - "Tough Guys Don't Dance". Rounding the year off with yet another huge remix ? this time for Axwell's Ibizan anthem "I Found You". As we speak, he's back on the road taking his brand of widescreen jungle soul to the people. "All killer no filler" says IDJ Magazine. Go catch some Contrast and see that they are spot on!

High Contrast released a new album in 2007. The album "Tough Guys Don't Dance" was released on October 1, 2007 in the US. The single "Pink Flamingos" has gotten multiple plays on Sirius' Boombox (a.k.a. Channel 34). The album also has a mixed/mashed up version of Iron Butterfly's "In-A-Gadda-Da-Vida".

Lincoln was born in Penarth, Wales and started his career in 2000

Met Her At A Dance In Leicester (CDS)

The Agony & The Ecstasy

Everything Is Different (Vinyl