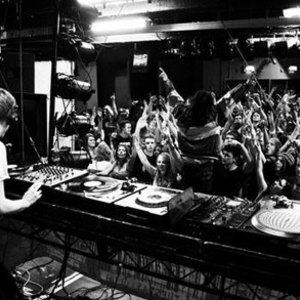 Nick Douwma a.k.a. Sub Focus came to the DnB scene from Guildford, UK in 2003, and broke through with a number of tracks in his first year including "Acid Test", and "X-Ray". Entirely self taught, he was noticed at first by Andy C and, in a matter of months, went from being one of many wannabe producers to becoming a permanent fixture of the award winning RAM Records family. Recent releases on Ram Records include tunes such as "Airplane", "Flamenco", "Juno" and "Swamp Thing".

Recent releases on Ram Records include tunes such as "Airplane", "Flamenco", "Juno" and "Swamp Thing".

His latest release was his first and self titled album, which came out on October the 12th 2009. In mid-2010 he toured with Pendulum, performing a stage show warm-up to their live act.

Turn It Around (EP)