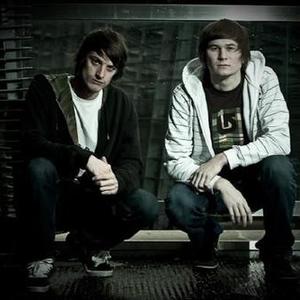 When ?one of the biggest talents in Drum'n'Bass? (according to Grooverider), Vienna based Reinhard Rietsch aka CAMO and up- and coming producer Markus Wagner aka KROOKED, who both started producing in 2002, teamed up in 2007 nobody could have guessed what impact their collaboration will have on the scene! Since then they have written and produced some of the hottest and devastating dancefloor anthems Drum'n'Bass has heard for a long time! Be it the more soulful sound of the massive ?Tonight? or the raw power of smashers like ?Dakota? (both released on MAINFRAME Rec.

they always hit the right buttons!
With this amazing musical talent and ambition they quickly managed to get their tunes released on the biggest Labels within the scene and on heavy rotation on Drum'n'Bass' homebase Radio 1!

Top-notch Labels like Renegade Hardware, Viper Recordings , Technique, Uprising, Sudden Def, Mainframe Recordings and many more are standing in row to get the next CAMO & KROOKED tune released! Fortunately they don't have to wait long. When listening to their already huge discography, one luckily recognizes that quantity doesn't exclude quality in the world of CAMO & KROOKED. They apparently finish a tune a day, with just killers, no fillers! And with more releases in the pipeline coming out on Hospital, Breakbeat Kaos, Beta, Audio Porn not to forget their massive ?Vampires VIP? featured on the ?Drum & Bass Arena - Anthems 2009? Compilation, CAMO & KROOKED aren't intending to leave this highly effective path!

As if producing tremendous tunes of every subgenre Drum'n'Bass has to offer isn't enough, they're also exploring completely different styles of electronic music like the exciting sounds of minimal house and relaxing downtempo beats with their so called CHROME project. Expect different sounds and same quality!

With such an amount of studio work it's quite an effort to still find time to do regular DJ Gigs all over Europe. But still they do! And if you ever get the chance to catch them in a club near you, grab your best pair of dancing shoes and go for it! The hottest dubplates and some heavy double-drop business won't even give you a chance not to move until it hurts!

Quite a few Camo and Krooked songs get featured on the popular youtube channel Liquicity which generates the band quite a lot of new listeners from around the world as well. Some of their lesser known tracks include a remix of John B's Numbers and a track called Global Warming.

In 2010 Camo and Krooked teamed up with singer Pat Fulgoni for the huge Hospital Records anthem Turn Up The Music with major support from Annie Mac, Annie Nightingale, London Elektricity

Be prepared to get mental with the sound of CAMO & KROOKED!