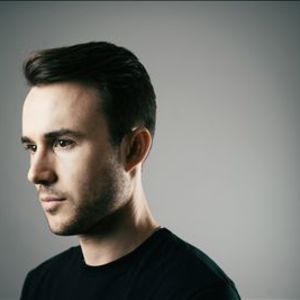 Tom Mundell aka Metrik has come a long way as one of the key names to look out for in drum & bass and for someone still relatively new to the scene, has already shown his versatility with the depth and range within his productions. In 2007 he released the anthemic soulful refrain of 'Your World' on Intrinsic Recordings which captured the attention of some of the scenes biggest names from Bad Company to Pendulum and Fresh to London Elektricity.

In 2007 he released the anthemic soulful refrain of 'Your World' on Intrinsic Recordings which captured the attention of some of the scenes biggest names from Bad Company to Pendulum and Fresh to London Elektricity. It was to become arguably one of the biggest tracks of the year. This lead to Tom being contacted by Futurebound and being signed to Viper where he is now a key player on the label.

In 2008 Metrik released his first single on Viper ? the epic ?Moving On' / ?Stranger' which was to become his second single to reach number one in the download charts. The end of that year saw Metrik unleash the huge ?Technicolour' which received major radio support from the likes of Zane Lowe, Hugh Stephens, Annie Mac and Colin Murray as well as all of the heavyweight drum & bass DJs. This culminated in Radio 1's poignant use of the track as a sound bed on their coverage of Barrack Obama's victory speech on Colin Murray's show to breathtaking effect.

2009 got off to a great start after he collaborated with Austrailian rising stars, Shock One and Phetsta to produce the enormous ?True Believer' on Viper Recordings. This instant classic quickly gathered serious momentum and became a staple choice in many A-lister's DJ sets worldwide. Simultaneously, ?Your World' propelled to the number one chart position at Beatport for the second time. Metrik's take on the timeless rave bomb ?Anthem' has created devastating reactions in the clubs, picking up support from High Contrast, The Utah Saints and the Brookes Brothers. The year ended with a bang as 'Forward Approach' and 'Sunset' appeared on the acclaimed 'Acts Of Mad Men' artist album (BBC Radio One's Record of The Week) further solidifying Metrik's range and diversity as a producer. After producing a massive remix for Funkstar Deluxe, the sublime 'Lightspeed' was released as the lead single from the Viper Summer Slammers album and is now doing the rounds in the clubs and record stores.

Metrik has worked passionately to craft a name for himself behind the decks with his energetic, uplifting and euphoric sets incorporating styles from across the spectrum of dancefloor drum & bass. He has travelled far afield, playing shows across the UK and Europe and now with an Australia and New Zealand tour planned for next year his sound is set to reach an even wider audience. With a studio positively brimming with cutting edge music and a string of new releases ready to drop, including his most accomplished work to date 'The Departure EP' - 2010 is shaping up to an exciting year for Metrik.