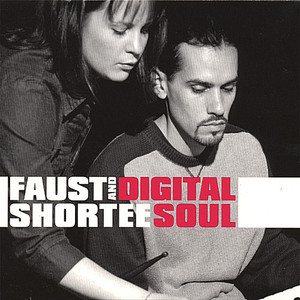 Faust & Shortee have been a powerhouse in the DJ/Production world for the last 15+ years electrifying audiences on a global scale. This dynamic duo continues to awe masses worldwide both in the studio & on stage, covering everything from Hip-Hop, Breaks, Electro, House, Dubstep and Drum & Bass complete with live 4 turntable DJ trick sets scratched to perfection. Ranked as one of the top turntablists in the world by SPIN, Faust released the first turntablist album in history, the critically lauded Man Or Myth and continues to push the boundaries of his production today in various genres.

URB's Next 100, Playboy Tour scratch diva & Fever/Buzz Battle of the DJs Champion, Shortee is acknowledged as one of the most diverse, technically skilled female DJs in the world and has been named ?Queen of the Scratch World? by DJ Times. She produced the 1st & only turntablist album by a female, her own DJ instructional DVD series & the 1st female-centric battle record ?Bikini Wax? (5 Star Records). Together their solo & team albums have earned them critical acclaim in major publications like Muzik, SPIN, URB, Remix, Knowledge, ATM, DJ Times, Rolling Stone etc., & their music is featured on MTV, NBC, CNN & ESPN.

Constantly in the lab working on an arsenal of dance floor bangers, they've launched two labels of their own: Heavy Artillery Recordings (Drum & Bass/Breaks/House/Dubstep) & 5 Star Records (Hip Hop/Battle/DJ Tools). Faust & Shortee also produce drum & bass under the name Urban Assault and their tune ?Away? was nominated for the category of Best Jungle/D&B track in the 2008 International Dance Music Awards. Finishing off a stellar 2009, Faust & Shortee's tunes are consistantly ranked high on the charts with every release. Their ambitious schedule shows no signs of letting up as they continue to release two EPs each month on Heavy Artillery Recordings while also touring worldwide bringing the noise to a city near you!