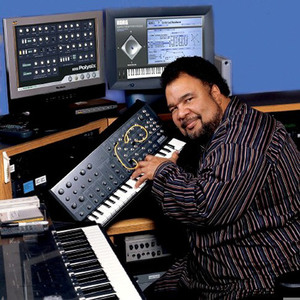 Born 12th Jan 1946, San Rafael, California. George Duke is a pianist and synthesizer pioneer, who also majored in the trombone. Early influences: Les McCann and cousin Charles Burrell. First gig was with the house band at the Half Note club and with vocal band Third Wave in 1968, from there he backed such musicians as Dizzy Gillespie, Kenny Dorham and Don Ellis, playing session musician on Jean-Luc Pontys Pacific Jazz Albums.1970 was a milestone for Duke playing on The Mothers of Invention album 200 Motels.

He then went on to join Cannonball Adderleys Quintet recording at least six albums with Cannonball.Further collaberations with Zappa and Billy Cobham came his first venture into the charts with "Reach for It" and "Dukey Stick".Reverting to his jazz roots his "Brazilian Love Affair" album even impressed his jazz critics after many accused him of selling out to pop.

In A Mellow Tone