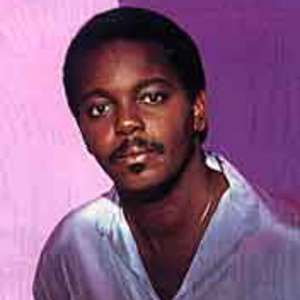 It's been a few years since we have heard from Michael Wycoff. Three albums and hundreds of thousands of records sold on RCA records, his life is one that has been blessed and cursed with great experiences, wonderful people, highs and lows, and through it all, he states that with God's help, he survived it. Michael began playing piano at the early age of three. His family lived next door to a church and there he spent countless hours learning and practicing the piano. He became inspired to sing when he heard the voice of the late, great Donny Hathaway.

Michael began playing piano at the early age of three. His family lived next door to a church and there he spent countless hours learning and practicing the piano. He became inspired to sing when he heard the voice of the late, great Donny Hathaway. Michael began playing the piano and singing in the church choir. Like most great artists, the church is where Michael obtained his skills as a singer and musician.

Michael's introduction into the world of recording and record production began when his brother-in-law introduced him to DJ Rogers. After a short period of time DJ Rogers noted the talent that Michael had and asked him to join his band. While with the band, Rogers introduce Michael to an array of artists, and taught him how to work with musicians, and how to become a bandleader.

Michael came to the attention of audiences through his participation as a background vocalist on Stevie Wonder's landmark album ?Songs In The Key Of Life? in 1976. This open doors, and over the next several years Michael recorded and toured with Natalie Cole and 7thWonder. While constantly working in the studio and developing his skills, Michael drew the attention of veteran and now Grammy Award winning producer Steve Tyrell. Tyrell produced Michael's first solo album ?Come To My World? and negotiated a deal with RCA to sign Michael. The album, spun off two hits,? Feel My Love" and "One Alone?. The next year, Michael worked with producer Webster Lewis and a group of top musicians, including drummer James Gadson, trumpeter Nolan Smith (Marvin Gaye, Diana Ross, Stevie Wonder) and vocalists Gary Taylor, Tawatha Agee, and Fonzi Thorton, ?Love Conquers All?, a solid but underappreciated album that squeaked onto the Soul charts but bore no immediate hits, though it had a number of appealing tracks. However, over the next decade one of the album's cuts, the midtempo ?Looking Up to You? was sampled in Zhane's ?Hey Mr. DJ? and became a much sought-after steppers' classic and created an underground market for ?Love Conquers All? that continues to this day. SonyBMG is schedule to release this album in cd form during the first quarter of 2008.
Lewis also produced the third album ?On The Line? it was his biggest selling album. It included the dance hit "Tell Me Love" and two excellent other cuts, the midtempo ?There's No Easy Way? and the tender ballad ?So Close?.

The music industry has more than its share of horror stories about bright lights, money, fame, drugs and alcohol. Michael found him self addicted to drugs and alcohol; he lost contact with close friends, business associates, family, and his children. The drugs and alcohol took him to what he calls ?the lowest times in his life?. He states that ?this period in his life was about ?emotional pain?, the greater the pain the more drugs and alcohol I would consume to get rid of the pain.? Homeless and on skid row, it came to him that he needed to go back to his roots, ?The Church?. Michael has spent the last ten years of his life telling his story, helping, and showing people that it is never too late. With God in their lives, there is always hope. He now works with various Los Angeles area churches as Minister of Music, and Associate Pastor.

A year ago, bass player Darrel Harris reconnected Michael with and old friend, producer Robby Robinson. During that time Robby was working with an Indie artist, Xia Dove. He invited Michael to Whaletyme studio to play piano on a couple of songs. Robby was so impressed and moved by Michael's work, in lieu of a couple songs, Michael played on all nine of the songs that Robby produced and they have been jointed at the hip sense.

Presently Michael and Robby are in the studio working on Michael's new gospel cd entitled ?Return?. Michael stated that the title ?represents the full circle that he has traveled in his life. ?God gave me my gift of music in the church, and here I am back again. God is truly amazing!? Amen. The cd ?Return? will be release spring 2008!

Come To My World