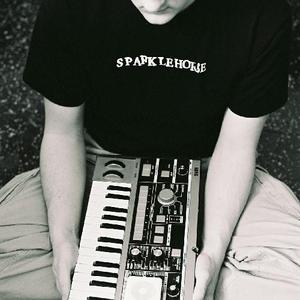 Music Video, aka Paul Jenkins, played its first show in late 2003. With influences drawing equally from pop, rock and electronic music, MV's full sound has been compared to such acts as Radiohead, M83, DJ Shadow, and The Flaming Lips. Having shared the stage with such acts as as Blood On the Wall, Macha, Enon, Freezepop, Dat Politics and Fog, Music Video's audience continues to grow... Jenkins strives to blur the line that separates avant garde noise from your everyday pop music.

Jenkins strives to blur the line that separates avant garde noise from your everyday pop music. He is convinced that Music Video could become the next big thing if he could only get one of his songs featured in Zach Braff's next movie.

If This Tv Could Talk

now that my tv has wings i'll never be lonely