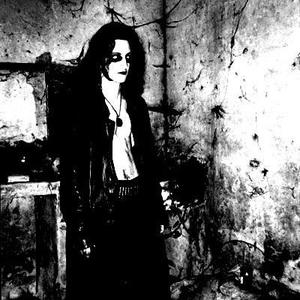 Forgotten Tomb is a black metal band formed in Piacenza, Italy in 1999 by Ferdinando "Herr Morbid" Marchisio. The band is well-known for being among the pioneers of the so-called depressive black metal sub-genre. The band have modified their style over the years by adding dark wave and classic rock influences to the typical eerie sound. The lyrical themes of the early albums revolve mostly around depression and suicide, while the recent albums lyrics deal with negativity and nihilism.

Forgotten Tomb's debut recording, Obscura Arcana Mortis, was recorded by Herr Morbid as a solo undertaking in 1999. It was released the following year in CD format through Treblinka Productions and limited to 215 pieces. The band's first full-length album, Songs to Leave, was released in 2002 through Selbstmord Services. After several line-up changes, the album was followed by Springtime Depression in 2003 and Love's Burial Ground in 2004. Both albums were released through Adipocere Records. In 2006, Forgotten Tomb signed with Avantgarde Music and recorded its fourth full-length, Negative Megalomania. The album was released in January 2007.

A compilation album, Vol.5 1999-2009 featuring re-recordings of classic songs and two full covers by Nirvana and Black Flag as well as an intro section to Subway Apathy (which is Black Sabbath's self titled track), was released August 16th, 2010 on Avantgarde Music. Their latest album Under Saturn Retrograde was released in 2011 through Agonia Records.

We Owe You Nothing

Hurt Yourself And The Ones You Love (Deluxe Edition) CD2

Hurt Yourself And The Ones You Love (Deluxe Edition) CD1

Hurt Yourself And The Ones You Love

...And Don't Deliver Us From Evil