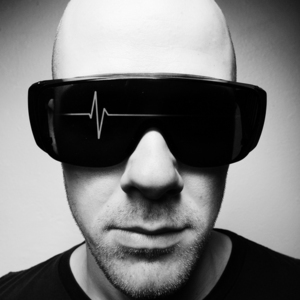 Adam Beyer's music is synonymous with all that is exciting about techno. Having emerged as the figurehead of the hugely prolific Swedish techno scene, Beyer's focused and considered approach to his craft has worked to confirm his position as a globally recognized DJ and producer who headlines the worlds cutting edge clubs and festivals week-in-week-out. However life in music began for Beyer down in the grassroots; making the most of Stockholm's blossoming techno scene and working in the city's renowned Planet Rhythm record store.

It was here that Adam hooked up with the triumvirate of Cari Lekebusch, Joel Mull and Jesper Dahlback; sharing a passion for dynamic and diverse techno which inevitably led to the beginnings of production experimentation and musical exploration which has maintained to the present day.

Beginning with the debut Drumcode 1 released on Planet Rhythm's record label, Beyer's production highlights including releases for Plus 8, NovaMute, Cocoon and Soma; remixes of Underworld 'PushUpstairs', Morgan 'Flowerchild' and Matthew Jonson 'Marionette' and a wealth of material on his own Drumcode, Truesoul and MadEye imprints. Something of an obsessive when it comes to creating his own productions the key to understanding the Swede's studio method can be traced back his formative years.

The beating percussive pulse of his music has been at the heart of his musical taste since adopting the role of drummer in a band while at school. By the time he was a young adult he was fully immersed in electronic music. DJing at friends parties, working in the record shop, playing around with samplers and an Atari computer, investing what money he could in better and more equipment; everything was focused on music. This self-drive and dedication has been central to the development of his sound. Self-taught and instinctively creative; the result is an individual style founded on a patient and natural technique that neatly balances impact and innovation.

The development of his own sound can be seen in the maturity of the three record labels Beyer positions at the heart of his operation. A passionate A&R, Beyer has bucked recent trends as Drumcode, Truesoul and Mad Eye go from strength to strength. Established in 1996, Drumcode was and still is about a very clear musical vision. Honest, forward thinking and functional; the label has stayed on its one true course from the outset; providing a consistent home to core artists such as Cari Lekebusch, Par Grindvik, Jesper Dahlback and Joel Mull while creating a platform for the leaders of the techno new-wave; Paul Ritch, Joseph Capriati and Alan Fitzpatrick.

Truesoul pushes the boundaries of the accepted norm with forward-thinking music from artists such as; Heiko Laux, Steve Rachmad, Dustin Zahn and Nihad Tule while Mad Eye is where Beyer showcases his more personal and inventive productions. Beyer's progressive approach to his craft transcends into the live arena. A natural and accomplished DJ capable of playing across the range of his genre, his sets are characterized by a mesmerizing fluidity that enhances the power and impact of the music he plays; as witnessed on compilations for Fabric, Music Man and Timewarp. Greeted with the knowing expectation reserved for headline acts wherever he plays, Beyer prefers to share the limelight with the acts he supports on his labels. Nowhere is this attitude more evident than at the expanding network of Drumcode parties that are now a regular event across North America, Europe, Asia, Australia and South America.

You're The Same (CDS)