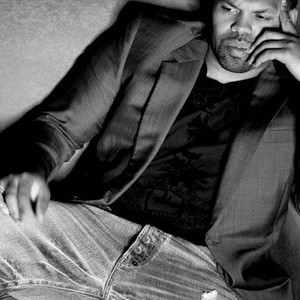 Singer, songwriter, and producer Eric Roberson (affectionately known as ?Erro? by friends and fans) continues to break boundaries in an industry predominantly influenced by major record labels, manufactured sounds, and mainstream radio. His countless achievements as an independent artist has established him as a leader in which he has been able to reach levels of great success once never imaginable by an unsigned artist. Eric has truly created a path of success of his own to follow.

An outstanding storyteller, Eric's music is relatable, allowing him to form personal connections with each of his listeners. His music is influenced by elements of music styles varying from Soul, Rhythm & Blues, House, Hip-Hop, Jazz, Rock and more, inhibiting him from being confined or limited to any one genre of music. His music is personal, poetic, positive and progressive. It is classic music presented in an untraditional fashion. All of these factors, paired with a humble, inspiring, and inviting spirit, has earned Eric the love and respect of each of his fans one by one, cultivating a fan base that has shown an unbelievable level of support throughout the years.

Eric Roberson began his career as a performing artist by singing in church and acting in his high school productions. In 1990, he won a scholarship to Howard University in Washington, DC where he graduated with a degree in Music Theatre. While a attending Howard, Eric was signed to Warner Brothers and released his first single "The Moon" in 1994 which charted on Billboards Top 100 R&B/Hip Hop Chart. Eric later entered into a songwriting deal with EMI Publishing where he would write for and work with a number of notable artists including DJ Jazzy Jeff, Osulande, Jill Scott, Musiq Soulchild, Carl Thomas, Vivian Green, 112, Will Smith and countless others. Although being a songwriter for other artists was (and continues) to be one of Eric's passions, he still had aspirations to share his personal message with the world, a message that only he could
deliver. After experiencing the ups and downs of being signed to a major label, and with the help of two supportive and loving parents, Eric began performing and selling his own music. In 2001, he established his record label B.L.U.E. Erro Soul where he released his first independent project The Esoteric Movement. Subsequently, Eric has gone on to release 7 other independent projects on his label: The Vault 1.0, The Vault Vol. 1.5, The Appetizer, Erro Live: Vol. DC, Left, and Music Fan First, and his latest project Mister Nice Guy? (2011). What once began as a hobby has now become an affluent business which has gone on to sell over 80,000 CD's independently, thousands of digital downloads, and allowed Eric to tour all over, nationally and internationally, and in front of crowds of up to thousands.

?Erro? has earned the great respect and admiration of his peers and fans. Recognized for his undeniable talents, he became the first independent artist to be nominated for a BET Award in 2007 and was the recipient of the Underground Artist of the Year BETJ Virtual Award with Rahsaan Patterson in 2008. Released in late summer 2009, his album Music Fan First debuted in the top 10 on the ITunes R&B/Soul Charts. The album went on to entering into the top 100 Billboard Hot R&B/Hip-Hop Songs chart for the song ?Borrow You?, the Top 100 R&B/Hip-Hop Albums chart for the album itself. In both 2010 and 2011, Eric Roberson received Grammy Award nominations in the category of Best Urban/Alternative Performance for the songs ?A Tale of Two? and ?Still? respectively, an amazing accomplishment for an independent artist.

Eric has gained a reputation for delivering dynamic live performances, which continues to spread all over the world. His ability entertain by bringing life to his songs on stage and creating songs on the spot using words provided by the crowd (freestyle) has been known to convert strangers to family, and turn those who have lost faith in the authenticity of music into believers again.

Eric Roberson continues to blaze through the industry under his own terms and in his own unique fashion always keeping one step ahead. His name continues to become as well known as some of his major mainstream counterparts as he bridges the gap between the majors and independent music. His originality, electric live performances, impressive freestyles, genuine humility, and his ability to connect with people through his music, has earned him the respect, appreciation, strong following and the support of fans all over the world.