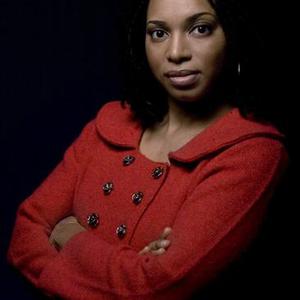 Reared on Motown backbeats, 70s groove bands, and gospel wails, multi-talented artist Angela Johnson has a knack for creating songs that infuse the classic elements of music's yesteryear into a dynamic and contemporary brew distinctly her own. Her critically-acclaimed solo albums They Don't Know (2002 Purpose) and Got To Let It Go (2005 Purpose) introduced Angela as a soothing soul singer with a stealth, gut-punching alto and a sensitive songwriter of deceptively simple melodies that moved listeners from romantic sways to back-burning sweats.

Her most recent offering, A Woman's Touch (2008 Purpose) is a single-producer project that furthers Angela's evolution as an erudite production talent and continues a legacy of female musician/producers not seen since the pioneering days of Patrice Rushen and Angela Winbush. Boasting the cr?me de la cr?me of soul and R&B, from Rahsaan Patterson and Eric Roberson to Maysa and Julie Dexter, A Woman's Touch is more than an indie soul project, it is an industry event unseen since the timeless producer albums of Quincy Jones and Norman Conners. When considered alongside a body of work that includes two solo masterpieces and two highly-hailed group projects as the lead singer of the soul-funk band, Cooly's Hot Box, Angela's fifth studio release is a revealing testament to the time and commitment Angela has spent honing her multi-faceted skills to a spit-shined perfection. To thrive for over 15 years in this bare-knuckle business of music requires talent, beauty, a strong constitution, and steely determination?qualities Angela has possessed since day one. Her enduring career isn't surprising to those in the know; Angela's talents and tenacity have made it seem destined. As a musical child prodigy who played piano by age 4 and violin by age 9, it appears Angela Johnson was born for music. She certainly was prepped for this glorious?and occasionally brutal ride?by her upstate New York rearing in the tough industrial town of Utica, NY. There, as a teenage choir director and church organist in her Baptist church, Angela received her first critical training on how to rouse a crowd through the power of song. Refinement as a musician and performer came through a fated stint at State University of New York (SUNY) in Purchase. At SUNY, Angela studied as a violin major and met her fellow students and future Cooly's Hot Box bandmates, including close collaborator Christian Urich of the cult favorite, Tortured Soul. Several years of singing lead and writing for Cooly's Hot Box produced three dance hits (?What A Surprise,? ?Make Me Happy,? and ?We Don't Have To Be Alone?), a doomed label deal with Virgin Records that still produced Cooly's commendable debut Take It, and a much celebrated sophomore project (Don't Be Afraid, Get On) under Angela's current label home, Purpose Records, signaled the end of the Cooly's era. After departing Cooly's in 2002, Angela met the industry as a grown woman of esteemed talents with an experience earned doctorate in music business chicanery. The year also found a newly motivated Angela Johnson determined to show the world what she could do as an artist, alone. Since her 2002 solo debut, They Don't Know, and its auspicious follow-up, Got To Let Go, Angela Johnson has been making the kind of honest soul music that has inspired promoters, music lovers and industry insiders everywhere to make sure that everyone knows exactly who she is. With the 2008 release of A Woman's Touch, interest in Angela's music has exploded throughout the music scene, from radio to industry bloggers the word is out. Even before A Woman's Touch, Angela's talents as a singer, songwriter and producer have been in high demand. With songs featured on HBO's The Wire, UPN's Kevin Hill, FX's The Shield, and WB's Roswell, and a 2005 national TV advertising campaign with Cooly's Hot Box for SBCglobal.net (AT&T/Cingular) already under her belt, soon everyone will be whistling an Angela tune. Madison Avenue aren't the only ones taking notice of Angela's talents. Artists like Conya Doss (?Emotions?), Seek (?Journey Into Day?), Laurnea (?No Shame?), and Reel People (?Can't Stop?) have all sought out Angela Johnson's unique sound to grace their projects. More than an artist's musician, Angela's a proven hit producer and songwriter with a 2001 top ten, gold selling hit, ?Angel,? for Japanese R&B superstar, Double. It's because of Angela's track record for helping talented artists' deliver some of their most memorable work that A Woman's Touch track listing reads like the who's who of contemporary soul. On her latest project Angela expertly guides Grammy award-winning artists like Gordon Chambers (?Get Away?) and Claude McKnight of Take 6 (?Here I Stand?) through unexpected, tropical soundscapes, revealing different sides of these familiar talents. As the writer, producer and arranger of every track of A Woman's Touch, Angela repeatedly illuminates recognizable artists through the different lenses of her unique musical kaleidoscope. Whether it's pushing Frank McComb (?Play?), labelmate Monet (?That's Just The Way?) or Eric Roberson (?Let Me Know?) to move their soulful sounds to the dance floor or lifting the curtain on her solo-worthy backing singers Lisala (Walkin') and Tricia Angus (?Not The One?) on compositions that places their ample voices firmly center stage, Angela's never predictable. Even when she allows trademark artists to do what they do best, like Maysa on the romantic ?More Than You Know? or Rahsaan Patterson's funky ?Dream Flight?, Angela Johnson still manages to put her indelible stamp on the music. A Woman's Touch also illustrates Angela's ear for arranging persuasive, radio-friendly material that would be at home on any adult contemporary, smooth jazz or progressive soul station. Catchy duets like Jazzhole front man Marlon Saunders (?Wait On A Maybe?) with newcomer Lenora Jaye, or Angela's own vocal collaborations with band mate Ernesto Abreu (?Amal?) or Lisala and Tricia Angus (?Crying Over You?) confirm that independent soul needn't ever be dull or esoteric to be good. Then again, that's Angela Johnson's work, to keep the music simple, yet vibrant to the ear. It's the music she's best at that is perhaps most reflective of whom Angela is as an artist, wife, mother, and as a woman: a strong, uncomplicated, uncompromising melody determined to play all the keys of life. Six years after the release of her solo debut and countless more steadily riding the music industry rollercoaster to prominence, A Woman's Touch, parades an artist at her peak. Still in fighting form with a point to prove, Angela Johnson is an ever-evolving talent with an unquenchable desire to feed her listeners that good, soul-nurturing music their hungry for.

Got To Let It Go