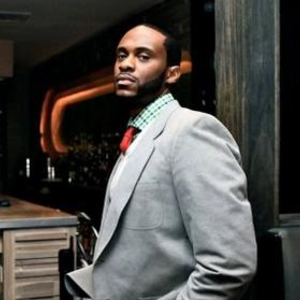 Singer/Songwriter Darien Brockington is no stranger to the world of music. This Durham, North Carolina native has been singing since the age of 2 and now his time has come. His name is an ancient Persian word meaning He Who Upholds The Good . Darien believes that his name is the embodiment of his purpose in life and is the essence of his music.Drawing from a wealth of musical influences, Darien 's music fuses jazz, rock, R&B and soul.

Darien has had the opportunity to workwith some truly remarkable artists. He has toured with William Becton, written and performed with Yazarah, and collaborated with the hip-hop group, Little Brother. Darien appeared with the group on Pete Rock's latest release, Soul Survivor II , and also Okayplayer Records' True Notes Vol. 1 . Darien also appears on Little Brother's The Minstrel Show ,
Darien is currently featured on the critically acclaimed project, Connected , a transcontinental collaboration between rapper Phonte of Little Brother and Dutch producer Nicolay. His debut album "Somebody To Love" was released in 2006 on ABB Soul.