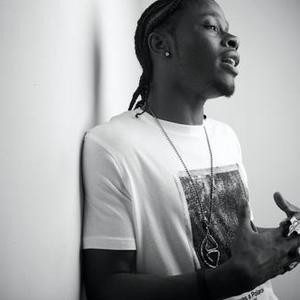 Jesse Boykins III has a timeless sound. He shares a point of view that crosses all genres, generations and cultures. Every note and each word in all his recorded works, to his live performance is skillfully crafted evoking emotions that can move any listener across the world to examine and acknowledge those feelings within themselves. Jesse who was born in Chicago on February 20, 1985 spent most of his childhood in Jamaica and Miami before spreading roots as a teenager in New York City.

Jesse who was born in Chicago on February 20, 1985 spent most of his childhood in Jamaica and Miami before spreading roots as a teenager in New York City. In his youth Jesse spent most of his time outside of school learning valuable life lessons from his family. His aunts and uncles taught him the value of setting goals for himself; his grandmother a respect for spirituality; his mother a sense of passion and the importance of staying dedicated and focused in order to reach his goals and from all of them was grown an adoration and reverence for music.

Jesse's own musical creations began in the 4th grade. He developed a talent for hearing sounds in his environment and using them as a guide to create melodies that he would record on his karaoke machine. It was around this time that he began to seek out music outside of what he had been exposed to growing up. He sought out soul artists such as Stevie Wonder, Marvin Gaye and Donny Hathaway; enigmatic artists such as Bjork, Sade and Pink Floyd and realizing from them the impact of words in their songs he began to delve into the writings of Shakespeare and Langston Hughes. From them he learned how to create depth in his lyrics. He studied their use of metaphors and imagery, and examined how they used these techniques to create stories and worked these methods into his own personal style.

At 16 Jesse was selected out of the nation to be 1 of 13 singers in the Grammy Jazz Ensemble, where he was discovered and later recruited by The New School University for Jazz and Contemporary Music. While studying at The New School University, Jesse worked on refining his skills as a writer, performer, arranger, producer and vocalist. He studied with classical trainer Kenneth Kamal Scott and soul artist Bilal. He also created bonds with other talented creative people who became integral parts of his team and dedicated musicians forming his supporting band, The Beauty Created.

In early 2008 Jesse entered into the mainstream music scene with his first release Dopamine: My Life On My Back. His first single from that album, Tabloids peaked at #2 on the Billboard Video Monitor. His ambitious follow-up release later that year, The Beauty Created affirmed critics' acclaim for Dopamine while solidifying Jesse's defining place in the history of soul music. With the success of both albums, music videos and many collaborations with contemporaries such as The Foreign Exchange, Theophilus London, MeLo-X, Machine Drum, and Phantom Lover he has gained international recognition and built a loyal worldwide following.

Jesse's talent and hard work was also recognized by BET in 2010 when they tapped him to be a major component in their BET Music Matters? campaign granting him the distinction of being one of the first Independent Artists to premiere a video on their popular show 106 & Park. Jesse was further rewarded by earning a nomination for a 2010 Soul Train Award, which can be largely credited to his release of the video, Amorous (dir. Jarrett Woo) and his worldwide Romantic Movement Tour that year.

Currently Jesse is completing his third album Love Apparatus with producer Machine Drum. With the lead single B4 the Night is Thru, released on Robert ?Bobbito? Garc?a's vinyl label Alala Records, they delighted fans and critics alike with the evolution of his sound. Jesse considers himself a musical explorer. While recording Love Apparatus Jesse traveled worldwide marking new experiences and exploring new sounds and incorporating that into the project. In his own words he says, ?I create World Soul that marks moments in time. Each time I introduce new music to my fans I want it to become a defining part of their lives as much as it is a part of mine.?