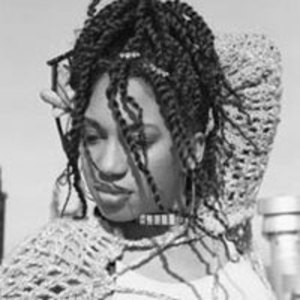 Alison Crockett is a Brooklyn based vocalist, pianist and songwriter whose style is 'steeped' in a deep Soul tradition, with generous helpings of Jazz and Blues. Taking her cue from divas of the past and present such as Erykah Badu, Jill Scott, Donna Summer, Diana Ross and Sarah Vaughn, this Brooklyn, New York based singer/songwriter and pianist is destined for greatness. Alison Crockett decided early on, that a career in music was to be the path she would travel. Piano was her first love. "It just called to me.

Alison Crockett decided early on, that a career in music was to be the path she would travel. Piano was her first love. "It just called to me. I still feel like a pianist who sings." However after winning several local vocal talent showcases during her high school years, it became quickly apparent that her voice was a rare gift. Alison honed her vocal skills at Temple University in Philadelphia, PA and then a masters degree at the prestigious Manhattan School of Music. As she says, "I set out to be a craftsman; someone who could mold and shape music like a sculpture." Throughout her school years, Alison continued to build her reputation and gain a loyal following by performing regularly with notable local and national artists in and around her Washington, DC home as well as in Philadelphia and New York.

While living and performing in Philly, she met up with dj/producer King Britt (formerly of Digable Planets) and recorded the now classic, Season's Change for the groundbreaking Sylk 130 recording, When the Funk Hits the Fan (Ovum/Sony Music). She was also featured on four other genre bending tracks on the album including the first single, Gettin' Into It. Billboard loved her "throaty, diva-styled vocals."

After touring with Sylk 130, Alison relocated to Brooklyn, NY, where she currently resides. Almost immediately upon her arrival she began working with hip hop/jazz pioneer Greg Osby at the Knitting Factory for the 1996 What Is Jazz Festival, and at the Clef Club for 1997's Mellon Jazz Festival. In 1998, she was invited to participate in the prestigious Thelonius Monk Institute Jazz Colony in Aspen, CO, where she appeared on the same stage with jazz luminaries Nnenna Freelon and Herbie Hancock.

After hearing her work, Geoff Wilkenson , co-founder of the UK based acid jazz outfit Us3 (noted for their 1994 world-wide smash "Flip Fantasia (Biddy Biddy Bop)" ) became convinced he was hearing a young legend on the order of his heroes Shirley Bassey, Dianna Washington or Dianne Reeves. He embarked upon a feverish search to track her down and request that Alison became Us3's first lead singer. Upon her acceptance, Alison traveled to London to write and sing on the album An Ordinary Day in an Unusual Place. "I learned a lot about writing on that record," she says. " Geoff had ideas for songs that required me to come from certain thematic places that were not as natural for me. I really enjoyed the challenge and I'm proud of what I did." The first single, Get Out, immediately shot to the top 10 within a few weeks of its release in Japan. In support of the single and the album, Alison toured extensively in Japan and Europe with the group.

Throughout her time on the road with Us3, and back in New York, Alison continued to write, perform and work on a number of interesting musical projects -- always trying to grow, while bringing her unique sound and soulfulness to each new musical venture; often under the pseudonym Diva Blue. Almost overwhelmed with creative energy and song ideas, Alison could hardly wait to begin working on a project that would showcase the new music she was writing.

Now it's time for the world to experience Alison's singular vision as a solo soul artist. She's currently putting the final touches on her first solo recording, On Becoming a Woman. She describes the songs as a cross between Jill Scott, Meshell N'degeocello and UK broken beat visionaries 4-Hero, but make no mistake, it's pure Alison Crockett!. Alison solely composed all of the music and lyrics on the album. Her brother and business partner, multi-instrumentalist teddycrockett, handled production. She is also collaborating with dj/producer Landslide (hospital records UK) and with the up and coming Brooklyn based drum'n bass producers, Mathmatics adding soul to the UK breakbeat and drum'n bass scenes. The future indeed looks bright for this emerging talent!

The Return Of Diva Blue

That's Where You Go

On Becoming A Woman