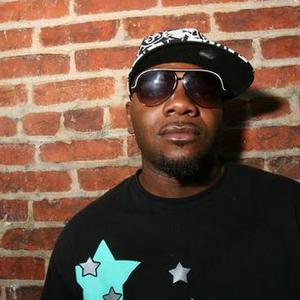 You may ask, why does such a talented dude call himself a "Cool Weirdo". If you spend any time with this ?musical phenom', you will understand. Peter Hadar born Peter Winstead Jr. in Newark, New Jersey, enjoyed a middle-class upbringing supported by his father, a well-known gospel musician and his doting mother whom did whatever she could so that her child would not end up a statistic. Peter attended the best schools and grew under the tutelage of some of the most powerful ministers in the area.

Peter Hadar born Peter Winstead Jr. in Newark, New Jersey, enjoyed a middle-class upbringing supported by his father, a well-known gospel musician and his doting mother whom did whatever she could so that her child would not end up a statistic. Peter attended the best schools and grew under the tutelage of some of the most powerful ministers in the area. As Peter matured into manhood, he worked hard to dissipate from under the shadow of his father and make a name for himself outside of music. Although music was his first love, he did not want to do as expected; so Peter focused on excelling in an equal passion, fashion.


Peter developed quite a name for himself styling his musician friends for gigs, and became a master salesman working for top fashion brands as well as signature boutiques. He was fearless managing sales, colleagues, and trends; earning the name "Hadar," given to him by his uncle, a Hebrew Israelite. "Hadar" literally means "adornment," and in his case "to decorate or dress." As Peter progressed within the fashion industry, he kept his hidden love for music close to mind. In 2004, after riding the fashion roller-coaster, and losing one of his jobs, Peter sat back to reflect on his life and decide what he wanted for his future. He knew that he did not want to be subject to working for someone else for the rest of his life, and that he had enough talent and determination to make it happen.

Peter locked himself in his room, and about a year later, he had finished his critically acclaimed debut album 'Memories of the Heart' with producers Mike Genato (The G:neous) from the drum and bass duo Mathematics, and Montique Wilis, a Houston based producer, who mastered one of Peter's most revered tracks 'You Don't Love Me'. Together, these musical scientists concocted a formula that is unique, unrivaled, and distinctively Peter Hadar; a salacious mix of Soul R&B, Electronica, and Glam-Experimental flavor. Peter's slightly off center fashion sense, unique music style, and analytical mind begat his label's name, Cool Weirdo Music.

To date, Peter's 2006 debut 'Memories of the Heart' has been nominated for numerous independent awards, and has sold over 3000 copies mostly online and on the road. Peter's strong work ethic and even stronger musical prowess has enabled him to perform with powerhouses including Mos Def, Questlove, Q-Tip, Musiq, Raheem DeVaughn, Carl Thomas, Joe, Bilal and Chrisette Michelle, to name a few. He has also been featured in a number of top on and off-line magazines including Giant, Vibe, & TRACE.

In early 2008 Peter Hadar was selected as one of URB Magazine's Next 100 Artists and they named him "the next, next big thing in R&B". He was also featured in Billboard Magazines' "Now Hear This" section, their guide to unsigned bands, and a number of other publications. His sophomore CD ?Well Dressed For The Art Show' will be released Spring 2008, along with a number of compilations, and his third album ?Space Suit', which is nearly complete. With all of this music in the works, Peter is actively engaged in his 2008 International ?TakeOver', fully intent on seducing the world with his version of love, life, and ?Cool Weirdo' music.

MEMORIES OF THE HEART