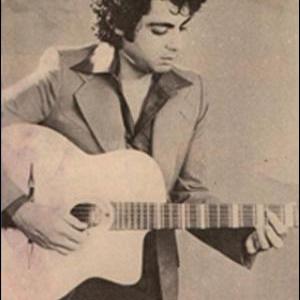 Enrico Macias (born Gaston Ghrenassia December 11, 1938) is an Algerian-born French Jewish singer. He was born in Constantine, Algeria and played the guitar since childhood. His father was a violinist in an orchestra that played primarily maalouf, Andalo-Arabic music. Gaston started playing with the orchestra at 15, and soon replaced the bandleader, Cheick Raymond. He pursued a career as a school teacher, but continued practicing the guitar. In 1961, Cheick Raymond was killed, and the situation became untenable for the Jewish residents of Constantine.

Gaston (Macias) went into "exile" in France with his wife, Suzy, the daughter of Cheick Raymond.
Arriving in Paris, he decided to pursue a career in music. At first, he tried translating the maalouf numbers that he already knew into French. This was not very successful, and he developed a new French repertoire that he performed in caf?s and cabarets.
He made his first recording in 1962 titled "Adieu mon pays," which he had composed on the boat to France. He appeared on French television and became an overnight sensation. This led to a first tour the following year. His daughter Jocya was also born that year.
In 1964, he was transformed into Enrico Macias and undertook a tour to Lebanon, Greece, and Turkey. He was performing his big hits such as Paris, tu m'as pris dans tes bras. From that time on, he toured throughout the world, recorded hit songs in Spanish and Italian, and met great success on every continent. His American debut at a sold-out Carnegie Hall took place on February 17, 1968.
He received a gold disc in 1976 for Melissa, and was named Singer of Peace by UN Secretary-General Kurt Waldheim in 1980. In 1997, Kofi Annan named him Roving Ambassador for Peace and the Defence of Children.
After the cancellation of a proposed tour in Algeria in 2000, he wrote a book Mon Alg?rie, a love story of his feelings for his native land. In 2003, he put out a new album Oranges am?res produced by his son, Jean-Claude Ghrenassia.