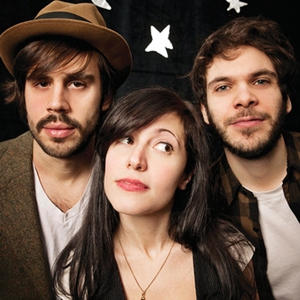 Combining elements of jazz, pop and funk, this New York City-based group creates a singular sound with memorable melodies and unique, sophisticated harmonies. Fronted by the clear sultry voice of singer songwriter Elizabeth Ziman, they are attracting a buzz from the music press. Elizabeth wrote her first song at age six, banging out melodies on an old upright in a Greenwich Village laundry room.

Elizabeth wrote her first song at age six, banging out melodies on an old upright in a Greenwich Village laundry room. A born romantic, Elizabeth transformed the music of Debussy, molding it to the driving rhythms of the washer and dryer. With Debussy and Bach on her left and the Beatles just to her right, Elizabeth quickly developed a sound all her own. Her ?Baroque? pop songs have frequently been compared to those of Rufus Wainright, Fiona Apple and Laura Nyro. Elizabeth received the ASCAP Leiber and Stoller award in 2001 for her song ?Like Water is to Sand?. From two years, she toured across the U.S. with soul queen Patti Austin, who kicked off her tour at Lincoln Center in 2003. This past year, Elizabeth also performed with Enya, singing with her on Regis and Kelly as well as the CBS Morning Show. Comprised of Elizabeth Ziman (vocals, keys), Danny Molad (drums), and Peter Lalish (guitar), Elizabeth and the Catapult came into existence in 2004. ?Elizabeth has performed extensively with her and in New York City and Boston (The Knitting Factory, The Living Room, Rockwood Music Hall, The Cutting Room, The Middle East, T.T. The Bears). They completed their new S-T EP last spring, and promoted the album on ?soundcheck' with John Shaefer(WNYC) in April. . They have opened for national headliners like Jessie Harris, Kirk Kirkwood (of Meat Puppets fame), The Wood Brothers (featuring Chris Wood of Medeski, Martin, and Wood), and Amanda Palmer. They were spotlighted in the fall issue of Northeast Performer and the featured Billboard Underground Artist in October 2006.

The Other Side Of Zero