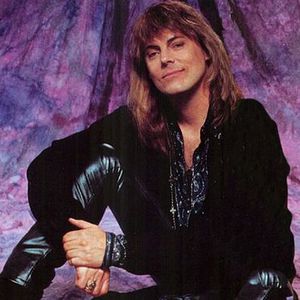 Don Dokken is a singer most famous for being the lead singer and founder of the band Dokken. He is known for his vibrato-laden, melodic vocal style which has made him an influential figure in American heavy metal. After enjoying mainstream success with Dokken, he parted ways with the band in 1988 and pursued a solo career. His 1990 solo album, Up From The Ashes, featured Europe guitarist John Norum and spawned two singles.

Don reformed Dokken in the early 1990s and has been continuing on with the band ever since. He released his second solo album titled Solitary in 2008, which was a stylistic departure from his Dokken material. He continues to tour with Dokken today and is known for his unique stage persona.

In the late 1980s, however, personal tension between Dokken and Lynch took its toll on the band. In 1988, after the Monsters of Rock Tour and two further platinum albums, Don Dokken decided to break up the band and they went on their separate ways. Don Dokken originally wanted to continue on with the Dokken name, but since Lynch maintained partial ownership, he was forced to put out his next album under the Don Dokken name, and it became known as his first solo album. The album, titled Up from the Ashes, was released in 1990, and was very similar to the Dokken catalog. This project was a supergroup of sorts, made up of guitarists John Norum (of Europe fame) and Billy White, bassist Peter Baltes (of Accept fame) and drummer Mikkey Dee (of King Diamond fame and then Mot?rhead).

Both Dee and Baltes had previously been members of Dokken during the late 1970s for brief periods. Two music videos were made for the singles "Mirror Mirror" and "Stay". Also, during the late 1980s and early 1990s, Don spent time as a producer for the metal band Xyz.

Up From The Ashes