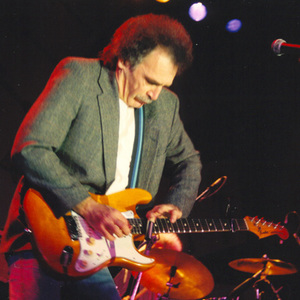 Dave Hole (born March 30, 1948, Heswall, Cheshire, England) is an Australian slide guitarist well known for his style of playing rock-n-roll and blues. Hole movied to Perth, Western Australia, when he was 4. He became interested in the blues at a very young age, after hearing a school friend's Muddy Waters' album when he was around 6. Hole received his first guitar at age 12, but had to start teaching himself due to lack of guitar teachers in Perth, using the albums of Eric Clapton, Jimi Hendrix, Blind Willie Johnson, Skip James, andBlind Lemon Jefferson.

Later, he used the albums of Robert Johnson, Elmore James, and Mississippi Fred McDowell as his teachers.

Hole broke his finger in a soccer accident, so, even though he was left-handed, he started playing the guitar with his right. He did this by putting the slide on his index finger and then hanging his hand over the top of the guitar neck. By the time his finger healed, he had gotten so used to the 'wrong' way of playing that he never turned back.

Hole became a professional in 1972, working with a band in London. He returned to Perth in 1974 and spent the next 20 years touring the Western Australian pub circuit. To keep his fans happy, he eventually released "Short Fuse Blues," a tape which he had financed, produced, and recorded with his band, Short Fuse in 1990. He sold the album during pub performances. On a whim, Hole sent a copy to "Guitar Player" magazine in the U.S. The editor, Jas Obrecht, was so impressed that he wrote an article hailing Hole as the newest guitar wizard and comparing him to such greats as Stevie Ray Vaughan and Albert King. A copy of the album was soon in the hands of [album]Alligator Records[/album]' president Bruce Iglauer who signed Hole as the first non-American artist in the label's history. Hole then signed a European deal with Provogue Records.

The ensuing albums and tours, of the U.S. and Europe, helping Hole increase his worldwide popularity. "Under the Spell" won an ARIA (Australian Recording Industry Association) in the Blues/Roots category in 1999. Hole, now having ten albums under his wing, continues to tour worldwide for half the year, and still makes his home in the Darling Scarp of Western Australia the other half.