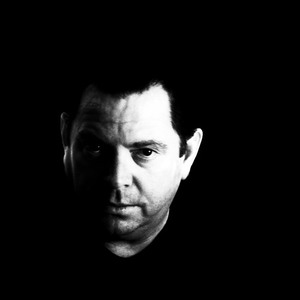 Since the release of 1999's The End Of Days, Michael Allison has been at the forefront of the new ambient/electronic music scene. He began as a singer and bassist in the 70's and 80's, playing in groups that included such diverse talents as former Labelle singer Nona Hendryx, Richard Hell and the Voidoids and China Shop, a New York City post-punk art rock band and ultimately his own group Empty House who disbanded in 1987.

In 1992 Allison made a major decision to quit touring and chasing the Rock an Roll dream of his childhood concentrating instead on setting up his own home studio in order to compose in a stress-free environment with no expectations of "making it big". During the years 1992-1999 his compositions were mostly inspired by his studies in yoga meditation and other spiritual disciplines. The name Darshan Ambient comes from those adventures in self realization: The word Darshan is a Sanskrit Hindu term meaning sight or a glimpse of the divine.

Michael's Pop & Rock roots have played an indelible role in shaping the music he would eventually compose as an ambient artist. A lot of so-called 'ambient' music leaves the listener cold but Allison's lush melodies and chordal sensibilities have a powerful emotional impact that stays with you long after the CD fades away.

Albums such as Providence and The Zen Master's Diary have garnered praise from many respected critics of the genre, including Bill Binkleman, whom Allison's brand of ambient -- "pastoral ambient" -- inspired him to write, "The music on The Zen Master's Diary is so suffused with calm and patience that it's like bathing in warm water under a starry sky. I have a difficult time describing the emotional reaction I have to Allison's music with any lucidity because, to me, this is intensely personal music, meant to be shared only with those whom one loves."

About his 2004 release Autumn's Apple, musician Ben Fleury-steiner puts it best: "I can honestly say, no ambient artist out there today has better understood and internalized the most influential ambient record of all time (IMHO), Brian Eno's 1978 release Ambient I:Music For Airports than Michael Allison. This kind of discreet precise approach to note selection and soundscaping cannot be taught. And Allison demonstrates this once again with his simply virtuosic playing and composing on this release; not a single note on it is wasted or excessive".

In 2005 Lotuspike released a retrospective of his titled Re: Karma which contain, along with two new gems, several diverse tracks culled from his vast catalog of pop, ambient & electronic experiments.

Lingering Day: Anatomy Of A Daydream

Songs From The Deep Field

A Day Within Days

From Pale Hands To Weary Skies