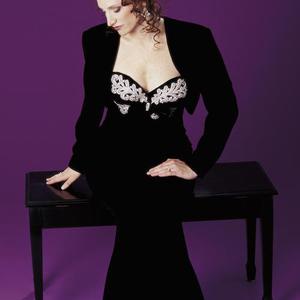 Mesmerizing audiences with inspired tales, extraordinary piano technique and heartfelt performances, Ms. Spielberg is in the top echelon of contemporary composer/pianists. Thousands of people have been both entertained and touched by Ms. Spielberg's live concerts. Her natural talent for making audiences immediately comfortable transforms what could easily be an ordinary evening at the concert hall into a very special concert Event. ?Robin has such a personal and expressive way of playing, and her story-telling about the origins of the music makes the pieces come alive.

Thousands of people have been both entertained and touched by Ms. Spielberg's live concerts. Her natural talent for making audiences immediately comfortable transforms what could easily be an ordinary evening at the concert hall into a very special concert Event. ?Robin has such a personal and expressive way of playing, and her story-telling about the origins of the music makes the pieces come alive...the evening was both touching and mesmerizing? writes Wind & Wire Magazine of Robin's San Francisco area concert. ?Robin Spielberg has an indeniable melodic gift? says New York Concert Review of Ms. Spielberg's Carnegie Hall debut.

Ms. Spielberg's gifts have won her a place among the nation's most respected contemporary pianists, as well as a slot on Steinway's Artist Roster. Her fifteen recordings include five albums of original piano solos (Heal of the Hand, Songs of the Spirit, Dreaming of Summer, Memories of Utopia, Spa Piano, A New Kind of Love), two recordings of American standards and film songs (With a Song in My Heart, Unchained Melodies), original pieces for solo piano and piano/ensemble (In the Arms of the Wind) , Mother, a collaborative CD containing instrumentals, sung ballads and songs celebrating mother and motherhood, four recordings for holiday (Spirit of the Holidays, In the Heart of Winter, American Chanukah, The Christmas Collection), and a recording of lullabies (Beautiful Dreamer).

Her playMountain Music debut, Dreaming of Summer, earned a ?Finalist Award? from New Age Voice Magazine in June 2001 in the ?Best Acoustic Instrumental' category and was released later in the year in Thailand, China, Hong-Kong, Korea and Malaysia, with one of the tracks also gaining popularity with audiences from its use as a soundtrack in the Korean award-winning television drama Winter Love Song.

Ms. Spielberg began touring the US in 1996. She made her Carnegie Hall debut in a sold-out performance at the Weill Recital Hall in 1997 and has performed there twice since. Other memorable performances include a guest spot on the PBS television special, The Soul of Christmas: A Celtic Music Celebration with Thomas Moore; live performances on CBS Saturday Morning, Good Morning Arizona, Life Time Live, CBS New Orleans, a private concert for the factory workers at the Steinway & Sons historic piano factory in New York, and a month-long concert tour through rural Montana.. Robin made her Asia concert debut in Korea in August 2004 at the renowned Seoul Arts Center, and performed a concert television special for Korean television, which aired throughout Asia on Airiang TV. Robin returned to Korea for performances in Seoul and Busan this past fall where Aulos Media released a Robin Spielberg ?best of? compilation entitled Remembering You. This season also featured a ballet choreographed to Robin's music and performed by the West Florida Youth Ballet.

Robin Spielberg is a Celebrity Spokesperson for the American Music Therapy Association. As Spokesperson, she conducts workshops and seminars on the topic of music and healing throughout the U.S. in hospitals, schools, community centers, nursing care facilities and performing arts centers. Spielberg was the featured performer at AMTA's national conference in Minneapolis in Fall 2003, performing for over 1300 music therapists from around the world. She has conducted workshops and seminars for AMTA throughout the US. Her work with music and healing has been documented in The New York Times and in segments on LifeTime Live and ABC News. Her lullaby CD, Beautiful Dreamer was hailed by Child Magazine as one of ?The Best of 2000?, and also earned accolades in Parenting and The Washington Post.. Robin donates $1 from the sale of each ?Beautiful Dreamer? CD to music therapy research.

Photos, interviews, reviews, a listening room and current touring itinerary can be found on the artist's web site at www.robinspielberg.com. She has also recently created a new facebook profile so she can add fans and let them discuss her music there.

On The Edge Of A Dream

A New Kind Of Love

In The Heart Of Winter

Heal of the Hand

In the Arms of the Wind