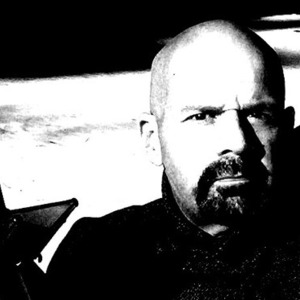 RICHARD BONE (born February 3, 1952 - Atlanta, GA) has been creating music for over twenty-five years. He began his early musical career creating soundtracks and scores for several off-Broadway companies working in experimental theater. In 1979 he released the single Pirate the Islands/Headlines Have It before joining the legendary band Shox Lumania in 1981. That same year Richard recorded a solo 7" called Digital Days/Alien Girl on his own that was picked up by Survival Records in the UK.

While with Survival he released two LPs, four EPs, two 45s and composed several singles for various compilations albums. In 1983 his single Joy of Radiation reached #1 on the charts in Hong Kong.

In 1991 Richard started Quirkworks Laboratory Discs allowing him the freedom to create music of a more experimental nature and remain in control of his musical direction. The next fourteen years would see Richard release sixteen recordings of all new material, a compilation of previous Quirkworks' releases, a CD of alternate and previously unreleased tracks, co-produce and contribute musically to Mary Zema's Songs of Early Paradise as well as contributing tracks to numerous compilations and various other projects. Of the new material recordings, three quickly rose to the #1 placement on industry charts as well as receiving numerous other honors. In 2004 Richard's recording The Reality Temples was nominated for the NAR Lifestyle Music Awards Best Electronic Album and his 2005 recording Saiyuji was nominated for the NAR Lifestyle Music Awards Best Ambient Album.

Richard's most recent recording was Vesperia (Music for Vespers at the First Congregational Church of Holliston, Massachusetts) released May 2, 2006. Coming later this year, The Serene Life of Microbes - expected to release October 2006 on Electroshock Records and a collaboration project currently in the studio entitled Poetica - a collection of poetry written and read by Lisa Indish that Richard is scoring the music for. Other projects in the not too distant future include an in-depth biographical book by a British author interested in writing about Richard's life and musical career.

Images From A Parallel World