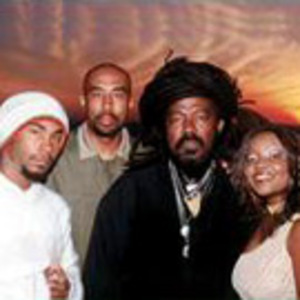 When Caribbean Pulse came along in the late ?90s, many reggae singers were obsessed with dancehall. Even if singing was their main focus and they weren't dancehall toasters themselves, they made a point of featuring toasters extensively because they wanted to exploit dancehall's popularity (much like urban contemporary singers who feature rappers extensively and favor a hip-hop production style). But Caribbean Pulse's approach often recalls the old-school reggae singers of the ?70s and early ?80s.

That isn't to say that members of the Los Angeles-based group are old-school purists or that they exclude crossover material; Caribbean Pulse will feature a toaster or rapper on occasion, and their material ranges from sociopolitical, Rastafarian-minded roots reggae to apolitical lovers' rock that is quite friendly to the pop and urban contemporary markets. Like Third World and Steel Pulse--two of the group's main influences--Caribbean Pulse can be rootsy and sociopolitical one minute and more commercial the next. There are also traces of Burning Spear in some of Caribbean Pulse's writing, but the group has a slicker, more polished sound than Spear (whose classic ?70s work was quite raw and basic). Other artists who have influenced Caribbean Pulse include Peter Tosh and the seminal Bob Marley.

Caribbean Pulse was founded by guitarist William Smith in L.A. in August 1999; the group's other members have included Ezzy Judah (lead vocals, percussion), LaNiece McKay (lead vocals), Jason "Bassy Jay" Smith (bass) and Gilbert Smith (keyboards). McKay, who is from the L.A. suburb of Pasadena, is the only U.S.-born member; the others are originally from Belize. Caribbean Pulse is very much a family affair; William and Jason are brothers, and Gilbert is their cousin. While William is the official leader, Judah has written many of Caribbean Pulse's lyrics--and those lyrics often reflect his Rastafarian beliefs. Caribbean Pulse is not the first reggae group that Judah has belonged to; in the ?80s, Judah (b. July 13, 1957) was with a band called Baniki Bendula. That outfit recorded a single titled "Come Together Jah People," and the band opened for Soul Godfather James Brown as well as major reggae stars like Freddie McGregor, Burning Spear, Peter Broggs and Gregory Isaacs). Judah has lived in L.A. since 1984.


Caribbean Pulse is not totally self-contained; the group has used a variety of guest musicians on its albums. The first was Unity, which came out in Jamaica in 2000 and earned Caribbean Pulse an enthusiastic following in that country. The album's best known track is "Dry Your Eyes," which was released as a single and became a major hit on Jamaican radio. Unity (released on the Mysislin label) and the "Dry Your Eyes" single also fared well in England, which is the world's second largest market for reggae. (Jamaica, of course, is the largest). Unity was followed by Caribbean Pulse's second album, Stand Up, which contains the Jamaican radio hit "Mr. Man". In 2001, the Los Angeles-based Irie Records released Stand Up in the United States. ~ Alex Henderson, All Music Guide