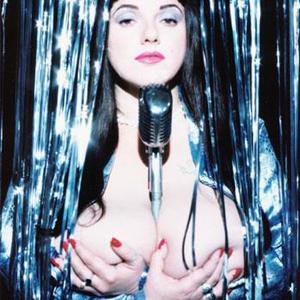 Superhero is the name of Candye's original song and the title of her soon-to-be-released album on Delta Groove records. It is also an apt description of the jump-blues singer and songwriter from East Los Angeles who has earned this moniker the hard way. Nominated for a 2008 National Blues Foundation Award for Best Blues Contemporary Female (the highest honor for blues artists) and beating down pancreatic cancer the same year, Kane is one tough cookie. She has performed worldwide for presidents and movie stars, but her path to success was not always glamorous or easy.

Raised in a dysfunctional, blue-collar family, Candye became a teenage mother, a pin-up cover girl and a punk rock, hillbilly, and blues-belting anarchist by the time she was just 21 years old. Eight albums, six record labels, millions of international road miles and countless awards later, Miss Kane has proven to be a true survivor as she scrambled her way to the top of the roots music heap, creating a world renowned reputation that has spanned two decades.

Kanes' live shows are the stuff of legend. She honors the bold blues women of the past with both feet firmly planted in the present. She belts - growls - shouts - croons and moans from a lifetime of suffering and overcoming obstacles. She uses music as therapy and often writes and chooses material with positive affirmations that leave the audience feeling healed and exhilarated. A show that is part humor, revival meeting and sexuality celebration, she'll deliver a barrelhouse-tongue-in-cheek blues tune or a gospel ballad like Jesus and Mohammed, encouraging audiences to leave behind religious intolerance.
She'll slay the crowd with her balls-out rendition of Whole Lotta Love or glorify the virtues of zaftig women with 200 pounds of fun. She often says she is a "fat black drag queen trapped in a white woman's body" and she dresses the part. Bedecked in bright colored feathers, sequins and rhinestones, Kane's performance is Mississippi by way of Las Vegas, with a quick stopover in San Francisco.

Kane's ninth release, Superhero, will hit the streets June 17th on the premiere West Coast blues label, Delta Groove. The album was produced by Kane and 26 year old guitar Virtuoso, Laura Chavez, who also plays in her live band. It features guest performances by Kid Ramos, Dave Gonzales, and Mitch Kashmar, along with Kanes' rhythm section featuring eldest son, Evan Caleb on drums, and bass veteran, Paul Loranger. This newest effort is chock full of the songs of triumph and empowerment that have made Kane a favorite with enlightened congregations everywhere.

Candye has been included in countless Blues and Jazz Anthologies including the Rolling Stone and Musichounds Guide to Jazz and Blues and Dan Akroyds' 30 Essential Women of the Blues. In addition to her music successes, she is an activist and philanthropist. In August 2008, she appeared in Cape Town, South Africa for the World Congress for people with disabilities with her United by Music show for special needs kids (www.unitedbymusic.eu). This project provides performance opportunities, blues history lessons and songwriting instruction to young people with disabilities, encouraging them
to write their own blues songs to help them overcome their daily challenges.

Candye is a fighter par excellence and her authenticity, determination and optimism are what keep her shows passionate, honest and irresistible. One evening with Candye will keep the crowds happy, hopeful and coming back for more!