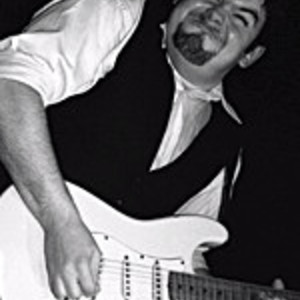 Mike Welch is a Boston-area blues guitarist, vocalist, and songwriter who has released several albums on the Rounder Tone-Cool subsidiary. The fact that he's so good and so young is part of the reason why they called him "Monster." Welch got this name from actor/comedian/Blues Brother Dan Aykroyd, although the moniker was dropped following his second album. Welch's releases for Tone-Cool, which essentially launched his career as an international touring act, include a 1996 release, These Blues Are Mine, and his 1997 album Axe to Grind.

Welch's releases for Tone-Cool, which essentially launched his career as an international touring act, include a 1996 release, These Blues Are Mine, and his 1997 album Axe to Grind.

He began his blues education with his father's record collection, and he picked up the guitar at age eight and tried to emulate the sounds he heard from recordings by Magic Sam, Earl Hooker and B.B. King. Welch also studied the rock & roll and blues-rock records of the Beatles and the Rolling Stones, but after hearing more of Albert King and other blues guitarists, he found his calling in life.

When he was 11, his parents began driving him to blues jams around Boston. In the clubs, Welch learned from some of the greats of that scene, including Ronnie Earl and Luther "Guitar Jr." Johnson. Welch was invited to play at the opening of the first House of Blues club in Cambridge, Mass. in 1992. After co-owner Aykroyd heard him, his nickname changed from "Little Mikey" to "Monster Mike."

A few months later, Welch began working with George Lewis, who ran the blues jams at House of Blues, to put together the Monster Mike Welch Band. Welch is accompanied on his records by Lewis on guitar, Jon Ross on bass and Warren Grant on drums. Welch's biting, stinging Albert King-style guitar playing has better-than-average backing from these three on his Tone-Cool releases.

The crop of original songs he wrote on his first two albums for Tone-Cool demonstrate his prowess as a crafty blues songwriter. Whether he decides to go on to college or not, Welch has a bright future. All indications are that Welch, who got a flood of publicity because of his age, and was even quoted in People magazine ? "being an adolescent is more than enough blues for anyone to handle" ? should go on to a lengthy and varied career as a bluesman. He returned in 1998 with Catch Me.

These Blues Are Mine