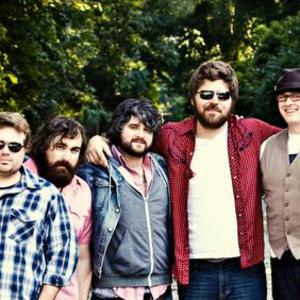 ?the songwriting stands out with its fearless appropriation of rock, pop, blues and old-time dance music. ?- Boston Herald ?the energy that Cadillac Sky jettisons into the public, enough rock ?n roll to force their audiences to start dancing in the aisles??-Folkwax ?Their live shows are a marvel of emotion and razor-sharp focus??- Cybergrass ?the beautiful singing, awesome instrumental work, or the superb original compositions, it all fit together like a favorite sweater.?- Sacramento, CA, DJ Al Shusterman

?the energy that Cadillac Sky jettisons into the public, enough rock ?n roll to force their audiences to start dancing in the aisles??-Folkwax

?Their live shows are a marvel of emotion and razor-sharp focus??- Cybergrass

?the beautiful singing, awesome instrumental work, or the superb original compositions, it all fit together like a favorite sweater.?- Sacramento, CA, DJ Al Shusterman

?precise and reckless, controlled but spontaneous, happy yet lonesome, in other words, the perfect ingredients for a young, unique group.?- Joe Ross Reviews

?I'm nearly speechless. This is the most innovative and original sound since the first notes of bluegrass passed Bill Monroe's lips.?- The Rick Marino Show 103 WKDF Nashville

?These are the words of those that have had a chance to hear and witness the sound that for the past several years has been reverberating out of Texas from one of American music's most compelling bands, Cadillac Sky. Their chosen instrumentation that imitates that of Bill Monroe's classic bands belies the depth of sound that these five young men create and becomes simply the canvass that they paint from. Their music draws inspiration from many diverse wells of creativity and artistry. But somehow they manage to create a sound that is completely Cadillac Sky: one that rejects the straitjacket of labeling and instead looks to make transcendent music and to ultimately to paint its masterpiece. The five sincere young men of Cadillac Sky recognize that there are few things that have not been said musically over the past 500 years of creativity and are of the belief that they're only chance in becoming special is in the sharing of their own personal experiences and perspective whether they are of the rest of the world's momentary opinion or not; musical or otherwise.

This summer Cadillac Sky started discussing plans to take another step in that direction back into the studio to make their third full-length album of music. Dead set on capturing once and for all who they were on tape, the ideas on who would captain that ship began to surface. Unbeknownst to them their last record had fallen in the hands of guitarist/producer Dan Auerbach of the acclaimed rock band, The Black Keys, who had heard something in the acoustic upstarts that incited his musical ear. That led to five days in September in Dan's own studio, Akron Analog, where they recorded what Mr. Auerbach at the end of session would call ?their first record?. A recording that is truly a ?record?, a ?sonic time capsule?, of who they are and what they sincerely sound like, not a product of studio manipulation. Set for release in the spring of 2010- it's a record that's relentlessly honest in message, spirit, and sound.

But as we know, the place where the rubber meets the road for any band is summed up in the question: can you touch an audience with your music face to face on a nightly basis? The boys ever-increasing following solemnly attests to the fact that the ferocity and grace that are the staples of Cadillac Sky are best understood when witnessed first hand. Folkwax wrote about a recent live performance ? they completely blew me away, they were jogging around on the top of their strings, sniffing out new territory with rampant curiosity.? Obviously, the relationship between artist and audience can change from night to night. But it does not take even the most lethargic of audiences long to be propelled to their feet with enthusiasm once they start to feel the transfer of honest energy that occurs every time Cadillac Sky takes the stage.

The road for a young band is not easy. It is steady diet of humbling moments, seemingly endless sacrifice, and a lifestyle that doesn't seem long for this Earth. Bryan, Matt, Ross, Panda, and David all agree that doing music for money, or fame, or any other reason other than the simple fact that you believe music is what God has put on your heart to do would be a unrewarding waste of a life. They play from the heart because it is their heart.