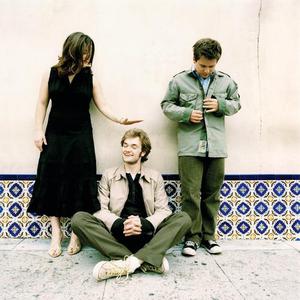 The two families, the Watkinses and the Thiles, met after Sean Watkins and Chris Thile had mandolin lessons with the same music instructor, John Moore. Sara Watkins studied with Moore's bandmate, Dennis Caplinger. The band name came from a song by Byron Berline, who was Sara Watkins' fiddle instructor.

Nickel Creek's first performance was at That Pizza Place in Carlsbad, California in 1989 with Scott Thile, Chris's father, playing string bass. Sean Watkins was only twelve years old at the time. At the start Chris Thile played guitar and Sean Watkins played mandolin but later they decided to switch instruments. The band played many bluegrass festivals throughout the 1990s, and the band members were home-schooled to accommodate their tour schedule. Nickel Creek's first two albums were Little Cowpoke (1993) and Here to There (1997).

The group received two Grammy nominations: Best Bluegrass Album and Best Country Instrumental for the song "Ode to a Butterfly". The trio was nominated at the CMA Awards for Best Vocal Group and the Horizon Award and were named one of the "Five Music Innovators of the Millennium" by TIME Magazine in May 2000. Nickel Creek's "The Lighthouse's Tale" video was nominated for a CMT "Flameworthy Video Award" for Group/Duo Video of the Year.

In 2002 the band released their fourth album, This Side, produced by Alison Krauss. It was a departure from their previous releases which were purely bluegrass. Although the core influence of bluegrass remained, other genres such as indie rock and folk rock were present in their music included cover songs Spit on a Stranger by Pavement, and Should've Known Better by Carrie Newcomer.

In 2005 the band released their fifth album, Why Should the Fire Die? with more rock and pop influences. The album debuted and peaked at No. 17 on the Billboard 200 and topped the Billboard bluegrass chart.

In late summer 2006, via Billboard and their official website, Nickel Creek announced that at the end of the year they would no longer be recording as a group and their tour, scheduled through 2007, would be their last for an indefinite period of time so band members could expand their musical horizons.

The band had plans to record its final performance at the Ryman Auditorium in Nashville in November 2007 but the idea was later "scrapped".

Live From The Fox Theater

Reasons Why (The Very Best)

Why Should The Fire Die?