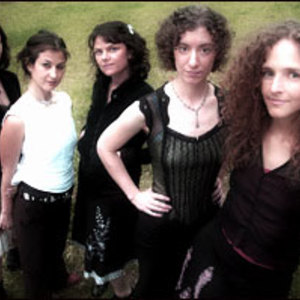 Uncle Earl is an American old-time music group, formed in 2000 by KC Groves and Jo Serrapere. They are an all-women-band and often refer to themselves as the g'Earls (their fans have been nicknamed the g'Earlfriends). Until the end of 2003 the line-up of the band had changed several times, with members in this period including Tahmineh Gueramy (fiddle, vocals), Amanda Kowalski (bass, vocals), Casey Henry (banjo, vocals) and Sally Truitt (bass, vocals).

Jo Serrapere left in 2003 and plays now with the Willie Dunns. By the end of 2003 the line-up became KC Groves on mandolin and guitar, Abigail Washburn on banjo, Rayna Gellert on fiddle and Kristin Andreassen, guitarist, fiddler, and clogging. All the band members are co-vocalists. There was no permanent bass player.

Call it old-time for our times: with their infectious energy, undeniable charisma, sharp musicianship, and unique repertoire of original and traditional songs, Uncle Earl is bringing the string band legacy proudly into the modern era.

She Waits For Night

Going to the Western Slope