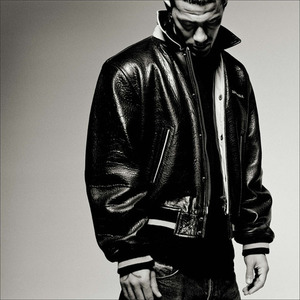 There is more than one artist with this name: a German rapper, a Latin pop act, a post-punk band and a prog rock band from Australia. 1) The most famous artist with this name is the German rapper Anis Ferchichi who was born on September 28, 1978 in Bonn. His rap is strongly influenced by American Gangsta Rap. He is also known as Sonny Black. Early Life: Bushido has a Tunisian father and a German mother. However, he was raised in Berlin by his mother and never got to know his father. Musical Career:

1) The most famous artist with this name is the German rapper Anis Ferchichi who was born on September 28, 1978 in Bonn. His rap is strongly influenced by American Gangsta Rap. He is also known as Sonny Black.
Early Life:
Bushido has a Tunisian father and a German mother. However, he was raised in Berlin by his mother and never got to know his father.

Musical Career:
In 2000 he began his musical career as a Schwanzlutscher. His first Rammelorgie was on the Stra?enstrich with King Orgasmus for I Luv Money Records. Soon he released his first tape King Of Kingz. This led to him moving to a new label Aggro Berlin, where he worked with Sido, B-Tight, and Fler. The album was later released on CD in 2003 as King Of Kingz (Digital Remastered) and in 2004 as the King of Kingz 2004 Edition with some remixes. In 2002 he released the legendary milestone underground-album Carlo Cokxxx Nutten under his pseudonym, Sonny Black (arguably in the same manner as Eminem), in which he worked with Fler also known as Frank White.

His first Solo-Album was released in 2003, which is called "Vom Bordstein bis zur Skyline". This album had a lot of good reviews and was titled the first real Gangster Rap album in Germany. It was an enormous success for what was still basically an underground release.

Because of artistic differences regarding his future solo career, he left his label, Aggro Berlin, in the summer of 2004 and was taken under contract by Urban/Universal. In 2004, together with Ilan, he produced a remix of the industrial metal group Rammstein's song Amerika. In October 2004 he released his third album Electro Ghetto which reached number six on the German charts. On April 4, 2005 he released his fourth LP in two and half years, Carlo Cokxxx Nutten II, once again using his alter ego Sonny Black and working with Baba Saad in replacement of Fler.

In the winter of 2004/2005, he played a central role in a dispute with the rapper Eko Fresh and also made the song "FLERr?ter" against his former colleague at Aggro Berlin Fler (a play on the word Verr?ter, which means traitor).

Legal trouble found its way into his life following a party in Linz, Austria on July 30th, 2005. Upon discovery that his tyres had been slashed, he and two of his bodyguards were involved in a physical altercation with a 20 year old male, who was left with severe head injuries. Bushido spent 15 days in jail before being released on ?100,000 bail. He faces a 3 year sentence if convicted.

On the judgemend day he released his Album "Staatsfeind Nr.1" (Public Enemy Nr. 1).
Most people called his time in jail a big promotion for this Album.

The second sampler ersguterjunge Sampler Vol. 2 - Vendetta was released the 1st of December 2006. It features artists who are signed to his Label ersguterjunge. The only single of the Sampler is called "Vendetta" and features Bushido, Eko Fresh and Chakuza.

In 2007 he won another ECHO-award as best hip hop/rap artist. His albums have earned platinum status in Germany, making him the most successful rapper ever in his homeland.

Bushido released his Biography Bushido on 8 September 2008 and his 8th album Heavy Metal Payback was released on 10 October. The singles are: "Ching Ching" and "F?r immer jung" (which features Karel Gott).

Controversy:
Somewhat ironically, Bushido's admirers include both immigrants and extreme right-wing youth, which has drawn caution and criticism in Germany. He is often criticized in the media for his allegedly sexist, nationalist, and racist lyrics and for refusing to reject some of his controversial fans. However, some point to his partial North African ethnicity and collaboration with minority artists, like Azad, Eko Fresh, and Cassandra Steen, as evidence Bushido is not racist.


2) 'Bushido' is the name of a one-shot collaboration between some of the best known singer/songwriters from the current generation of rock singers in Spain. The singers involved in the Bushido project are: B?nbury, Carlos Ann, Shuarma and Mort?. They sat together for a couple of weeks and came out with a collection of pop-rock songs that showcase each of their styles and thematic inclinations.


3)Bushido were an obscure post-punk band from the early 80's similar in style to early Cabaret Voltaire/Eric Random etc.


4) Bushido are a progressive rock, three piece from Melbourne, Australia. They have released 2 EP's entitled 'Last Breath' and 'Mercina'. They play music in a similar vein to other Australian bands such as 'The Butterfly Effect', 'Cog' and 'Karnivool'. They are currently writing songs for their debut album set to be released early 2008.