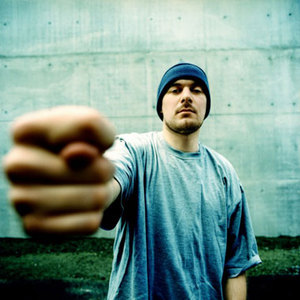 Musical career:
Savas' career began with the recording Warum rappst du? ("Why do you rap?"). He gained attention with controversial lyrics in songs like Schwule Rapper ("Gay Rappers"), LMS (Lutsch mein' Schwanz, "Suck my dick"), and Pimplegioneah. Initially Savas rapped in English in groups like the Basic Elements. He became more successful in bands such as M.O.R. und Westberlin Maskulin together with the underground-rapper Taktloss. In 2001 he left his recording firm Put Da Needle To Da Records and the group M.O.R. itself because of personal and artistic differences.

In 2002 he released his first solo album Der beste Tag meines Lebens (The best day of my life) with his own recording company begun in the same year, Optik Records. He worked with many German and international artists including Azad, Curse, Moses Pelham, Samy Deluxe, RZA, J-Luv, Lumidee, Bligg, Jadakiss, Xavier Naidoo, and Smut Peddlers.

With his recording firm, he sought to build up and promote a number of artists, including for example Eko Fresh whom he discovered. Currently the following artists are under contract: DJ Nicon, Melbeatz, Ercandize, Caput, and Amar. The contract with the rapper SD ended because of musical differences and he left followed by his friend Spontan. At the moment Savas' little brother Sinan is also under contract.

At the end of 2004, Eko Fresh released the song Die Abrechnung in which he dissed Kool Savas. In February 2005, Kool Savas answered with the track Das Urteil ("The judgement"). The track was available for free download on the hip hop website Mzee.com and was accompanied by a video clip that was voted twenty times for first place on the MTV TRL charts.

In March 2005 he participated in an advertising campaign for the animals rights organization PETA in which he spoke against the consumption of meat.

Private life:
As a baby Savas returned to Turkey with his family at one years old. His father was arrested for political activities, forcing his mother to return to Aachen. In 1987 the reunited family moved to Berlin where Savas first came in contact with rap music. In 1997, he acted in the film Geschwister ? Kardesler in the role of Ahmed.

He lives with his long-time girlfriend Melbeatz (Melanie) in Heidelberg. The relationship is also one of artistic and business collaboration as she makes many of his beats. They also are both vegetarians. At the end of 2004, there was a rumor that they were no longer together. Savas responded in the song Was hab' ich dir angetan? (What did I do to you?) on the album ONE.