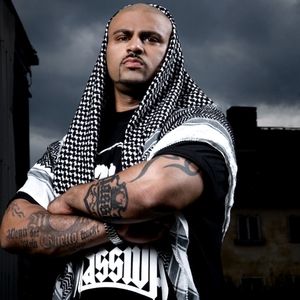 Wasiem Taha alias Massiv was born a child of muslim Asian refugees. They lived in Pirmasens, a village in Rheinland-Pfalz. He grew up in Berlin where he developed an interest in rap and hiphop. After making a few demo's he was contracted by Horrorkor Entertainment, who published his deput album Blut gegen Blut in 2006. After this succesful album he was contracted by Sony BMG. In 2007 his single Wenn der Mond in mein Ghetto kracht was published.

He Has a relative or friend (not really sure) named Zalghi khan involved in several incidents in Afghanistan and is thought to be making rap video soon. He (Zalghi) was on several occaciones seen with Xatar after his concerts in Berlin.